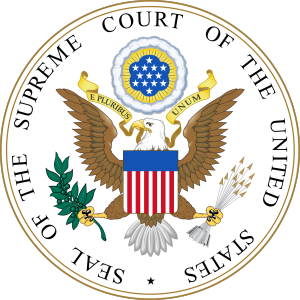 Last week, the Supreme Court granted certiorari in Spokeo, Inc. v. Robins, a case that may significantly impact the ability of plaintiffs to sue in federal court based solely on an alleged infringement of statutory rights.  Plaintiffs often allege violation of statutory rights in privacy cases where standing for common law causes of action has proven more difficult to demonstrate and dismissal more frequent.  A ruling from Supreme Court could upend this strategy, forcing plaintiffs to allege more than just a statutory injury across all their claims.

In granting the petition, the Supreme Court revisits a similar issue it agreed to review in 2011 in the context of the Real Estate Settlement Procedure Act only to dismiss the writ of certiorari as “improvidently granted.”  Now, the Court has before it the similar question of whether an alleged violation of the Fair Credit Reporting Act (FCRA), which also confers a private right of action, is sufficient on its own to confer Article III standing.

In petitioning for certiorari, Spokeo, Inc. sought review of a Ninth Circuit decision that reversed a lower court order dismissing respondent Thomas Robins’s claims under the FCRA for lack of standing.  The district court had found that Robins, who alleged that reports generated by Spokeo contained inaccurate consumer information, did not have standing because violation of the FCRA did not confer Article III standing where he only asserted only “speculative, attenuated, and implausible” injuries.

The Ninth Circuit reversed.  It held that the alleged violations of statutory rights in Robins’s complaint were “sufficient to satisfy the injury-in-fact requirement of Article III.”   The panel reasoned that where a statutory cause of action did not require proof of actual damages, as in the FCRA, a plaintiff could “suffer a violation of the statutory right without suffering actual damages.”  There were constraints on the ability of Congress to create rights the violation of which would satisfy Article III’s injury-in-fact requirement, the Ninth Circuit noted.  But as for the FCRA and Robins’s claims specifically, Congress could elevate violation of statutory rights into “legally cognizable injuries.”

Spokeo’s petition for certiorari emphasized that whether “Congress can create Article III standing by authorizing a remedy for a bare statutory violation is a recurring question under the FCRA and a wide variety of other federal laws,” including the Telephone Consumer Protection Act, the Video Privacy Protection Act, and Electronic Communications Privacy Act, among others.  Spokeo also argued that there was a circuit split on the issue of statute-created Article III standing, with the Ninth Circuit recently holding in another case that plaintiffs asserting violations of these Acts had standing while the Fourth and Second Circuits reached the opposite conclusion with respect to alleged deprivation of statutory rights under the Employee Retirement Income Security Act.

Spokeo also underscored in its petition that an “injury-in-law” theory of standing created enormous class action exposure for mere “technical violations” of the FCRA.  Spokeo argued that by lowering the standing bar, the Ninth Circuit’s decision below had the additional effect of “relaxing” requirements for class certification under Rule 23 of the Federal Rules of Civil Procedure.  “[O]nce the presence of actual harm is out of the equation,” Spokeo asserted, “issues of injury and causation will be claimed to be much more susceptible to common proof.”  The ten amicus briefs filed in support of Spokeo’s petition by the U.S. Chamber of Commerce, Trans Union, eBay, and others highlighted these concerns.  Amici emphasized the significant settlement pressure created by the Ninth Circuit’s standing decisions, even when the asserted claims were baseless.

Not surprisingly, respondent Robins took a very different view of the case.  He argued that the action simply did not present the question Spokeo framed because he clearly did assert concrete and particularized injuries.  Robins also argued that Spokeo exaggerated the implications of case because, among other things, there was no split in authority among the courts of appeal and it is a statute-specific question as to whether or not violation of statutory rights confers standing.

The Solicitor General took a similarly limited view of the case, submitting a brief at the request of the Supreme Court that urged the Court to deny certiorari.  The Solicitor General framed the question narrowly as whether Robins had identified an Article III injury-in-fact by alleging the Spokeo published inaccurate personal information about him in consumer reports that were prepared without following reasonable procedures to ensure accuracy.  The brief characterized Spokeo’s arguments as raising an “abstract question” about whether a bare violation of a statute satisfies Article III, which ignored the statutory elements of Robins’s FCRA cause of action.

Although the Supreme Court’s decision to grant certiorari suggests that it views the question presented in Spokeo as broader than both Robins and the Solicitor General, it is not clear how the Court will frame the issue.  It may interpret the question as confined to the FRCA specifically; or it may take the opportunity to address the intersection of standing doctrine and statutory rights more generally.  If the Court takes the latter course, its ruling could have significant implications for plaintiffs’ ability to establish standing based solely on purported infringement of statutory rights.  That is, of course, if it does not again find certiorari to be “improvidently granted.”

These issues will no doubt feature prominently as the case moves into the merits briefing stage and argument is set for the October 2015 term.