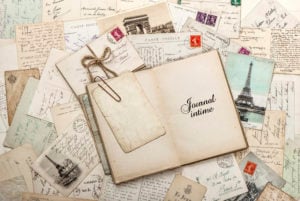 A scandal in the world of letters and old manuscripts would not have gone unnoticed and the French case of Aristophil has lead to extensive press coverage; a massive fraud is suspected with thousands of works and hundreds of millions of euros at stake.

The concept was appealing: manuscripts full of history, a promise of elevated re-sale value, the support of big names in art and politics. Many succumbed to the temptation of such an investment. The numbers make your head spin: there were nearly 18,000 “investors”, creating a global total of more than 700,000,000E in subscriptions.

In early 2000s, Gérard Lhéritier created the Aristophil Society with the goal of seeking investors to put money into collections of letters and old manuscripts, offering a return of more than 8% each year; this type of investment being outside of the scope of the French Solidarity Wealth Tax (ISF).

Aristophil acquired a collection of letters and manuscripts and re-sold them to investors at an entrance fee fixed at 1500E. The system functioned on the speculative assumption that the goods would be resold at a higher price, be that in the form of (1) shares in joint ownership (Coralys contracts), or (2) full ownership (Amadeus contracts). They were sold either by way of a funds intermediary (the Finestim society, and its subsidiary, Art Courtage – exclusive distributors of the products), or directly via the Aristophil society.

These investments have been offered in France, but also in Austria via Aristophil GmbH, in Belgium via Artesoris or Luxemburg via Artepolys. Aristophil also had Swiss and Hong Kong subsidiaries.

The investors agreed to terms on which each owner (joint or full ownership) consented to the works being stored by Aristophil for a minimum of 5 years, at the end of which the owner promised to re-sell the good to Aristophil, who remained free to buy it or not (a call option).

At the same time, Gérard Lhéritier bought the Hôtel de La Salle, a hotel of 1700m² in the 7th arrondissement of Paris in order to create a Museum of Letters and Manuscripts in Paris, then a second in Brussels, in which the acquired works were exhibited. This particular hotel in Paris is today on sale for more than 30,000,000E.

However, voices were quickly raised to warn the market that the value of works on which the titles were based did not correlate with the reality of the market and the assurance of recovering the stake.

In 2003, the AMF (the French equivalent of SEC) published the first warning about the joint ownership contracts proposed by Aristophil. The criminal court, after an investigation into the matter, held that Arisophil’s conduct did not initially come within the scope of practice of the regulator, with contracts not being able to be described as financial products. Based on this decision, the society continued to pursue its activities.

Following an interview with Gérard Lhéritier in which he stated “All our products are regularly submitted to the AMF and they are always given the green light,” on 26 November 2014 AMF issued a statement that it wished to point out “that the activity of the Aristophil society did not come within the scope of practice of the financial regulator, and that the society’s products had been neither authorised, nor aimed at, nor certified by the AMF. However, the AMF is remembering to regularly alert such investors of the risks of uncommon investments and especially letters and manuscripts, which are not subject to the protective regulation of financial instruments”.

On 18 November 2014, the Paris and Brussels Museum of Letters and Manuscripts, the Aristophil headquarters, the Finestim and Art Courtage societies in Lyon, and the home address of Gérard Lhéritier were searched by the anti-fraud squad. As part of the investigation, the accounts of the Aristophil society were frozen and the whole of the collections placed under seal.

The Finestim and Art Courtage societies were consecutively placed in compulsory liquidation on 29 January 2015, and on 16 February 2015, a procedure of receivership was opened against the Aristophil society.

Gérard Lhéritier, founder and president of the Aristophil society, was put under formal investigation with five other people, two of which were his daughter (responsible for the management of the collections) and the public accountant of the society, mainly due to suspicions of organised fraud, misleading business practice and misuse of company assets.

French investors had to file proof of claims before 10 May 2015 and foreign investors – who have an 2 extra months – had a deadline of 10 July 2015. Applications for relief from expiration of time for appeal can be made. Investors can only hope to receive a proportion of their investment back following the sale of the letters and manuscripts and from any funds awarded by authorities in the collective proceedings.

Stunning legal battles are on the horizon!