Not all bananas are created equally. Rasta Imposta, a retail wholesaler of Halloween costumes, filed a claim for copyright and trade dress infringement and unfair competition against Kangaroo Manufacturing, another costume retailer, after Rasta’s CEO discovered Kangaroo selling a costume that resembled one of Rasta’s costumes without a license. The costumes in issue in Silvertop Assocs. v. Kangaroo Mfg., No. 18-2266, 2019 U.S. App. LEXIS 22989 (3d Cir. Aug. 1, 2019) consisted of full-body yellow banana outfits: The District Court granted a preliminary injunction against Kangaroo, prohibiting its use of the costume design without a license. On appeal, the Third Circuit considered the issue of whether non-utilitarian, sculptural features of a costume were copyrightable, which they determined by analyzing whether (1) the 2- and 3-dimensional banana-design features could be identified separately and (2) exist independently on their own or in some other medium separate from their utilitarian features. This is because “useful articles,” such as clothing apparel, must incorporate something beyond the mere function of the article of clothing to be eligible for copyright protection.

Relying on the fairly recent Supreme Court decision in Star Athletica, the court found that Rasta’s banana costume’s artistic features, including its colors, lines, shape, and length were sculptural features that proved both separable and capable of independent existence. Additionally, those sculptural features excluded cutout holes for the custom wearer’s arms, legs, and face or the holders’ dimensions or locations on the costume because those are simply utilitarian features of the costume and ineligible for copyright protection. The court declined to inspect each feature of the banana sculpture individually but looked at the sculpture as a whole.

Kangaroo countered by arguing that a depiction of a natural object is unoriginal and there can be no infringement because both costumes are of a generic banana. The court disagreed and pointed out that the originality requirement for copyright protection is quite low; as long as there is a modicum of creativity, a creative expression of natural objects can be copyrightable. Accepting Kangaroo’s proposition would deny copyright to creative works based on unoriginal, ubiquitous elements such as Andy Warhol’s famous image of a ripe banana. Lastly, Kangaroo asserted that copyrighting the banana costume would effectively monopolize an underlying idea and prevent the idea’s expression. Ideas are excluded from copyright protection under the doctrine of merger only when there are no or few other ways of expressing a particular idea. The court rejected the notion that there were prohibitively limited ways to express a banana in a costume, finding instead that there were many other ways to make a costume resemble a banana; in fact, Rasta provided 20 other designs that did not infringe on its banana costume design. Additionally, Kangaroo could not identify any specific feature that necessarily resulted from the costume’s subject matter. Despite the fact that a banana is commonly yellow, it could be any shade of yellow or green or brown. It could have spots, green streaks, etc. A banana does not need to be curved and its tips do not need to resemble Rasta’s costume’s black tips in color, shape or size. 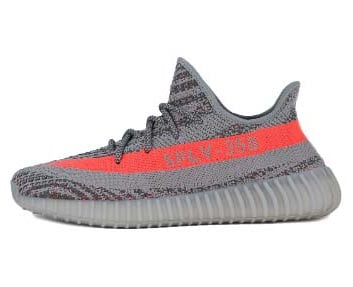 The Court’s decision acknowledges the creative effort that goes into creating costumes, even those based on generic objects and concepts. This decision, coupled with the U.S. Copyright Office’s recent registration for Adidas’ Yeezy Boost 350 in May after two years of correspondence, shows that there are alternatives to design patents for designers looking to protect the creative elements of their clothing, handbags, footwear, and other accessories beyond their inherent utility function.