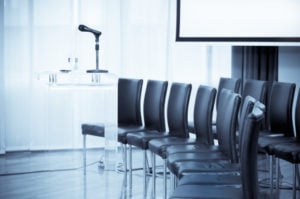 Federal regulation of employee non-compete agreements will be the focus of a workshop hosted by the Federal Trade Commission (FTC) Thursday, Jan. 9, 2020, in Washington, DC. First announced by the FTC on Dec. 5, 2019, the purpose of the workshop is “to examine whether there is a sufficient legal basis and empirical economic support to promulgate a Commission Rule that would restrict the use of non-compete clauses in employer-employee employment contracts.”

The FTC has now released the agenda for the workshop, which is titled “Non-Compete Clauses in the Workplace: Examining Antitrust and Consumer Protection Issues” and will be webcast live. Among the topics that will be addressed by the speakers and panelists – which include mostly law professors, economists and policy analysts, and only one practicing attorney – are the economic effects of non-competes, the FTC’s authority to address non-competes and whether the FTC should initiate a rulemaking regarding non-competes. The FTC has released the following list of questions that will be addressed at the workshop, and on which the FTC is soliciting public comment through Feb. 10, 2020:

Up to this point, regulation of non-competes has been the province solely of state courts and legislatures, with significant variation from state to state. California is notorious for its outright statutory ban on employee non-competes, while other states, including Illinois and Maryland, have limited the use of non-competes only for low-wage workers. Still, most states, including Ohio, Pennsylvania and Florida, impose no bright lines on the use of non-competes and permit enforcement so long as the non-compete is “reasonable” – a flexible standard that allows courts to consider the totality of the circumstances in evaluating whether the non-compete is necessary for the protection of the employer’s legitimate business interests and will not unfairly restrict the employee’s ability to earn a livelihood.

In the face of this patchwork of state laws, labor-leaning members of Congress have pushed in recent years for uniform non-compete regulation at the federal level. These efforts began with a series of bills, all of them failed, that ranged from limiting non-competes for low-wage workers to outlawing non-competes entirely. Stymied in their efforts at legislative reform, these lawmakers, joined by a group of state attorneys general and the advocacy group the Open Markets Institute, petitioned the FTC to take action. Shortly thereafter, the FTC announced Thursday’s workshop.

It remains to be seen whether the FTC will step into the fray of non-compete regulation, or whether it will continue to allow states to set their own non-compete policy. Stay tuned to Employer Law Report for continuing coverage of this issue.