Weight Watchers Lays Off Thousands During Zoom Call. One of the benefits of solo law practice is that, while one client can fire me; and, I presume could do it via Zoom, although it is more commonly done these days in person or by email, it is only one small part of the practice. Like my mom used to tell me when a girl dumped me (Yes, Virginia, those types of short sighted females do exist), “Son, there are many fish in the sea”. Thanks, mom, but I really wanted that fish. But, I digress. WW International, which is what Weight Watchers is calling itself these days, literally fired thousands of employees in a Zoom call, while the firing employee read from a script. Tone deaf doesn’t begin to describe such a thing. The last time I was this upset with a large organization was when I returned home from the Mayo Clinic in Jacksonville after SWMBO had brain surgery, to find a letter waiting for her at home from the Florida Department of Veteran’s Affairs terminating her for failing to communicate with them. Wow. While I have insulated myself from such disgusting behavior by being a solo since 1985, it still makes me angry to this day. So, fellow lawyers, if you are in BigLaw, and your employer displays such behavior ( I know there are a lot of BigLaw firms that care about their employees), you should consider how you have adapted to remote lawyering during the pandemic. You won’t make a lot of money as a solo; but, there are a lot of us out here doing just fine. Just sayin’. 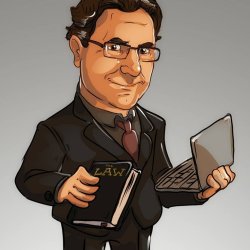