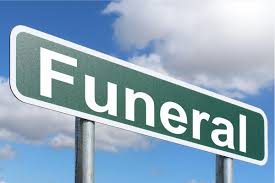 It would appear that the two co-guardians did not get along while the ward was alive and the dispute continued after the ward’s death. Although the court talks about a several hour delay in locating and transporting the ward’s remains, the facts below indicate that it may have been a one day delay as the ward died at about 6am on July 20 and the correct funeral home had the remains on July 21.

“…On the morning of July 20, 2017, at approximately 5:40 a.m., Kathleen R. Hanna (“Ms. Hanna” or “decedent”) passed away in her home. At approximately 6:00 a.m., her home health aide informed defendant Valerie Paulino (“Paulino”), one of Ms. Hanna’s Court-appointed Co-Personal Needs Guardians,1 who in turn informed defendant Michael Fenton (“Fenton”), one of Ms. Hanna’s Co-Property Management Guardians. Defendant James Puccio (“Puccio”), the licensed funeral director of defendant Glascott Funeral Home (“Glascott”), allegedly picked up Ms. Hanna’s remains under the verbal authorization of Paulino and Fenton, without informing plaintiff James R. Hanna, Ms. Hanna’s brother and the Co-Personal Needs and Property Management Guardian, with the knowledge that he was appointed as agent in Ms. Hanna’s Dispositional Appointment.2 Fenton and Paulino represented to Puccio that they had the authority to control the disposition of Ms. Hanna’s body.

Plaintiffs’ first cause of action alleging a right to sepulcher must be dismissed. The common law right of sepulcher originates from the absolute right of a decedent’s surviving next of kin to immediately possess the body for preservation and burial.3 See Melfi v. Mount Sinai Hosp., 64 A.D.3d 26, 31 (1st Dep’t 2009). As the First Department reflected, “the right of sepulcher is less a quasi-property right and more the legal right of the surviving next of kin to find ‘solace and comfort’ in the ritual of burial.” Id. at 32. Further, “a cause of action does not accrue until interference with the right directly impacts on the ‘solace and comfort’ of the next of kin — that is, until interference causes mental anguish for the next of kin.” Id. In general, the following scenarios constitute actionable interference: performance of an unauthorized procedure on the body (such as an unauthorized autopsy), inadvertent disposal of the remains, or defendant’s failure to notify the next of kin of the death. Id. at 36-39.

Plaintiffs do not allege that Fenton performed an unauthorized procedure on the body, inadvertently disposed of the remains, or failed to notify the next of kin of the death. Although Fenton initially conveyed the wrong funeral home information to plaintiffs, the decedent’s remains were located and transported to the funeral home of plaintiffs’ choice on the day of decedent’s demise without any mishandling of the remains. Additionally, because plaintiffs are residents of Pennsylvania and could not take immediate possession of the body, the several hour delay in locating and transporting Ms. Hanna’s remains to Reddens is not the type of deprivation of “solace and comfort” of burial as contemplated by a claim sounding in a right of sepulcher, especially in light of the fact that a service was held for the decedent five days later. Accordingly, plaintiffs’ cause of action sounding in the right of sepulcher is dismissed as against Fenton.

1. The guardianship appointments were made in a related proceeding, captioned In re Kathleen R. Hanna, Index No. 500150/2016.
2. Fenton has denied under oath the knowledge of James Hanna’s appointment at the time of Ms. Hanna’s death.
3. At the outset, this Court finds that contrary to Fenton’s assertion that “individuals with different degrees of kinship cannot both be a decedent’s surviving next of kin” (NYSCEF Doc. No. 50, at 15), Ms. Hanna’s brother, James Hanna, and her nephew, Charles Jeffrey Hanna, are both decedent’s next of kin. See In re Starrett, 53 A.D.2d 846, 846 (1st Dep’t 1976) (explaining that a decedent’s next of kin are two half-brothers and two nephews). As such, Charles Jeffrey Hanna has capacity to sue in this matter for the causes of action brought herein.”