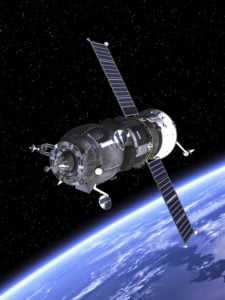 On May 20, 2020, the US Department of Commerce’s (Commerce) National Oceanic and Atmospheric Administration (NOAA) published in the Federal Register a Final Rule and request for comments on new regulations on the licensing policy of private remote sensing space systems. The new Final Rule follows a proposed rule that Commerce published in the Federal Register on May 14, 2019 (84 FR 21282).  The new regulations overhaul the existing licensing regime (15 CFR part 960) and seek to increase transparency with respect to the licensing process for private remote sensing systems.  This Final Rule takes effect on July 20, 2020, unless, if at the end of congressional review the effective date has been changed, then Commerce will publish in the Federal Register a document establishing the actual effective date.  Additionally, Commerce will accept comments on the Final Rule until June 19, 2020.

Remote sensing space systems use satellites to detect and classify objects on Earth.  Remote sensors scan objects and areas by detecting and measuring radiation that is reflected or backscattered from the object.  Remote sensors are capable of collecting data of dangerous or inaccessible areas.  Examples of such remote sensing systems include synthetic aperture radar (SAR) and hyperspectral imaging (HIS).

The Land Remote Sensing Policy Act of 1992 (LRSPA) charged the Secretary of Commerce with the responsibility of fulfilling the US’ obligation under Article VI of the Treaty on Principles Governing the Activities of States in the Exploration and Use of Outer Space, including the Moon and Other Celestial Bodies (Outer Space Treaty). This Treaty requires that the activities of non-governmental entities must be authorized and supervised by states that are parties to the Outer Space Treaty.  At the time that the LRSPA was enacted, there were no private remote sensing space systems.  Since then, the private remote sensing space systems industry has grown.

The Final Rule overhauls the existing licensing regime by categorizing license applicants into one of three tiers based on the availability of their unenhanced data from other sources.  Applicants will be categorized as follows:

Under the new licensing regime, Tier 1 systems will receive only those license conditions required by statute and will not be required to comply with limited-operations directives (also known as “shutter control”).  Commerce will impose such minimal controls on Tier 1 systems because it recognizes that foreign sources possess the same capabilities as Tier 1 systems, and therefore a limited-operations directive would be less effective in protecting US national security and foreign policy interests because foreign sources would be able to generate such data without similar restrictions from Commerce.  Thus, Commerce will not require remote sensing systems whose unenhanced data capabilities are substantially the same as foreign sources that are not subject to Commerce’s regulations to comply with shutter control, or with any operational limitations including restrictions on non-Earth imaging (NEI), nighttime imaging and the like.

Tier 2 systems, those with only US-licensed competition, receive the same minimal conditions as the Tier 1 applicant, with the addition of one NEI requirement—Tier 2 systems must receive consent from the owner of any Artificial Resident Space Object (ARSO) orbiting the Earth and to notify the Secretary five days before conducting resolved imaging operations of the ARSO—and the requirement to comply with limited-operations directives.  Commerce will require Tier 2 applicants to be prepared to comply with limited-operations directives because, where certain capabilities exist only in systems subject to US jurisdiction, such license conditions will be effective at restricting the dissemination of data and protecting US national security interests or meeting international obligations.  With respect to the consent and notification requirement, Commerce will reevaluate the necessity of such requirement in approximately two years, in consultation with the Department of Defense.  If Commerce determines that the underlying national security concerns have been abated, Commerce will consider appropriate action, including rulemaking to modify or remove the requirement.

Under the new licensing regime, the Tier 1 and Tier 2 categories are not fixed.  Thus, once a non-US-licensed entity, such as a foreign commercial entity, achieves the capability to collect unenhanced data substantially the same as a Tier 2 system, Commerce may re-categorize that system as Tier 1, removing the obligations to address resolved imaging of ARSO and to comply with limited-operations directives.

Tier 3 systems, novel systems without any competitors that can produce substantially the same unenhanced data, will have the same standard conditions as Tier 2, but will also have the potential for temporary, custom license conditions.  Such license conditions will be developed by either the Department of Defense or State, as appropriate, and analyzed by Commerce in consultation with the applicant to determine compliance with legal requirements.  Such temporary license conditions will last for one year, with the possibility of two additional one-year extensions, if the department requesting the condition meets a burden of proof, following review by Commerce and notification of licensees.  The license exceptions may not be extended further, except upon an additional extension request by the Secretary of Defense or State.  The Final Rule states that the Secretary of Defense or State may not delegate such authority.