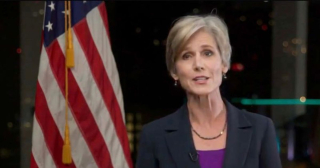 The question in the title of this post is prompted by this new Reuters piece headlined “Biden’s possible attorney general pick has moderate track record: progressive critics.”  Here are excerpts:

President-elect Joe Biden has pledged to end the federal death penalty and eliminate mandatory minimum sentences, but some progressives say a potential pick for attorney general to carry out those reforms may not be the one to enact bold changes.

Sally Yates, 60, is a leading candidate for the job, according to sources.  The Atlanta native is perhaps best known for being fired from her position as acting attorney general by Republican President Donald Trump in his first month in office when she refused to enforce his first attempt at banning travelers from Muslim-majority nations.

Her history at the Department of Justice (DOJ) — where Democratic President Barack Obama appointed her as deputy attorney general in 2015, and before that as Atlanta’s top federal prosecutor for about five years — make the adviser to the Biden transition team a safe pick for a role subject to confirmation by the U.S. Senate, which may still be under Republican control next year.

Asked for comment, a Yates spokeswoman provided a lengthy list of opinion articles, testimony and other records she said demonstrate Yates’ strong commitment to criminal justice reform.  A Biden transition team spokesman did not respond to a request for comment.

Yates has expressed a measured approach on some criminal justice reforms, including previously voicing some support for the mandatory minimum sentences Biden wants to end — a position some progressives worry may not go far enough at a time of reckoning for the criminal justice system.  “She has done courageous things, but she is a career prosecutor,” said Rachel Barkow, a New York University law professor who previously served on the U.S. Sentencing Commission, which sets federal sentencing guidelines.  “The question will be, if Sally Yates comes in a second time, does she do a better job reading the moment or is she still coming with that DOJ insider lens?”…

Yates, during her 2015 confirmation hearing for deputy attorney general, called mandatory minimum sentences “an important tool for prosecutors,” which could nevertheless be used more judiciously due to the “fiscal reality” facing U.S. prisons.  While she was U.S. attorney in Atlanta, her office also sought the death penalty in some cases, and she testified on the Justice Department’s behalf to urge the U.S. Sentencing Commission to narrowly limit who could qualify to apply retroactively for a drug sentence reduction.

She was also involved in a controversy surrounding a 2014 clemency project, after Pardon Attorney Deborah Leff resigned in protest due to a backlog of 1,000 recommendations sitting in Yates’ office, 100 of which were urging clemency be granted.  In her January 2016 resignation letter, Leff said Yates had blocked her access to the White House, including on cases where Yates had reversed Leff’s clemency determinations.  Yates’ defenders say she was passionate about clemency, and personally reviewed every petition herself.

Some former colleagues say Yates deserves credit for important work that began during the Obama administration, much of which has since largely been undone during Trump’s term.  Yates spearheaded efforts to scale back the federal government’s use of private prisons, revamped the Bureau of Prisons’ education program to better prepare inmates for release and urged limits on solitary confinement.  She also persuaded Obama-era Attorney General Eric Holder to expand on his new policy scaling back the use of mandatory minimums and later publicly rebuked Trump’s first attorney general, Jeff Sessions, after he reversed these policies in 2017.

“Somebody like Sally is very attuned to what has been happening in the country after George Floyd’s murder,” said Vanita Gupta, who headed the DOJ’s civil rights division during Yates’ tenure and now heads the Leadership Conference on Civil & Human rights.  “She is very personally committed to civil rights and criminal justice reform, and I would fully expect that commitment would actually only deepen.”

I sense that Yates’ long history as a federal prosecutor and her moderate approach to many reform issues leads some progressives to be rooting against her for the Attorney General position in a Biden Administration.  But I am inclined to view Yates’ past criminal justice record somewhat like I view VP-elect Harris’ record: I sense they have always been highly attuned to, and quite effective within, the felt legal and political needs of the time, which would suggest at least some ability to step up to the needs of our current criminal-justice-reform-focused times.

I am eager to note here that Sally Yates has recently been actively involved in the Council of Criminal Justice, serving as Co-Chair of the CCJ Board of Trustees and as a member of its federal priorities task force.  As highlighted in this post from May, I was especially impressed with the agenda for reform that the CCJ federal priorities task force produced.   This impressive report, titled “Next Steps: An Agenda for Federal Action on Safety and Justice,” included 15 thoughtful recommendations, and I would be thrilled to have a new Attorney General committed to making these particular proposals a reality ASAP:

If the next Attorney General would be able to get even half of these priorities completed in the coming years, that would be quite a set of accomplishments.