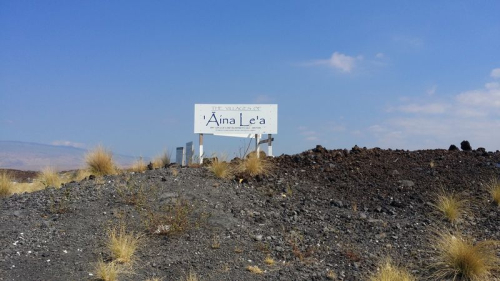 We were hoping for better news in a case we’ve been following in its various forms for what seems like forever. But today, the U.S. Supreme Court in this order declined to issue a writ of certiorari to review the Ninth Circuit’s decision in Bridge Aina Lea, LLC v. Hawaii Land Use Comm’n, No. 20-54, a case in which a federal court jury concluded the property owner suffered both a Lucas and Penn Central taking, but the Ninth Circuit reversed, concluding that no reasonable jury could have found a taking.

We’ve always been told that bright lines are not appropriate in takings. That there are myriad ways in which government can affect property interests and property rights. That the courts should defer to the government’s exercise of regulatory power. That per se rules such as Lucas and Loretto are not generally applicable. Instead, we’re told, go prove a taking via the fact-intensive (non-exhaustive) at-least-three-part “factor” test from Penn Central. A test under which no one factor is determinative. In theory.

In practice, however, the Penn Central test is not really a factor test, but is a “one-strike” rule in which trial courts (or, in the case here, even an appellate court) keep the fact-finder from, you know, actually finding facts. Rather than rant against that application of the takings rules, we’re just going to reprint the entirety of Justice Thomas’s dissent from the denial of certiorari.

JUSTICE THOMAS, dissenting from the denial of certiorari.

I recently explained that “it would be desirable for us to take a fresh look at our regulatory takings jurisprudence, to see whether it can be grounded in the original public meaning of the Takings Clause of the Fifth Amendment or the Privileges or Immunities Clause of the Fourteenth Amendment.” Murr v. Wisconsin, 582 U.S. ___, ___ (2017) (dissenting opinion) (slip op., at 1).

Our current regulatory takings jurisprudence leaves much to be desired. A regulation effects a taking, we have said, whenever it “goes too far.” Pennsylvania Coal Co. v. Mahon, 260 U.S. 393, 415 (1922). This occurs categorically whenever a regulation requires a physical intrusion, Loretto v. Teleprompter Manhattan CATV Corp., 458 U.S. 419 (1982), or leaves land “without economically beneficial or productive options for its use,” Lucas v. South Carolina Coastal Council, 505 U.S. 1003, 1018 (1992). But such cases are exceedingly rare. See, e.g., Brown & Merriam, On the Twenty-Fifth Anniversary of Lucas: Making or Breaking the Takings Claim, 102 Iowa L. Rev. 1847, 1849–1850 (2017) (noting that in more than 1,700 cases over a 25-year period, there were only 27 successful takings claims under Lucas—a success rate of just 1.6%). For all other regulatory takings claims, the Court has “generally eschewed any set formula for determining how far is too far,” requiring lower courts instead “to engage in essentially ad hoc, factual inquiries.” Tahoe-Sierra Preservation Council, Inc. v. Tahoe Regional Planning Agency, 535 U.S. 302, 326 (2002) (internal quotation marks omitted). Factors might include (1) “[t]he economic impact of the regulation on the claimant,” (2) “the extent to which the regulation has interfered with distinct investment-backed expectations,” and (3) “the character of the governmental action.” Penn Central Transp. Co. v. New York City, 438 U.S. 104, 124 (1978); see also Lingle v. Chevron U. S. A. Inc., 544 U.S. 528, 538–539 (2005). But courts must also “‘weig[h] . . . all the relevant circumstances.’” Tahoe-Sierra Pres. Council, 535 U.S., at 322. As one might imagine, nobody—not States, not property owners, not courts, nor juries—has any idea how to apply this standardless standard. This case illustrates the point. After an 8-day trial and with the benefit of jury instructions endorsed by both parties, the jury found a taking. The District Court, in turn, concluded that there was an adequate factual basis for this verdict. But the Ninth Circuit on appeal reweighed and reevaluated the same facts under the same legal tests to conclude that no reasonable jury could have found a taking. These starkly different outcomes based on the application of the same law indicate that we have still not provided courts with a “workable standard.” Pomeroy, Penn Central After 35 Years: A Three Part Balancing Test or One Strike Rule? 22 Fed. Cir. B. J. 677, 678 (2013). The current doctrine is “so vague and indeterminate that it invites unprincipled, subjective decision making” dependent upon the decisionmaker. Echeverria, Is the Penn Central Three-Factor Test Ready for History’s Dustbin? 52 Land Use L. & Zon. Dig. 3, 7 (2000); see also Eagle, The Four-Factor Penn Central Regulatory Takings Test, 118 Pa. St. L. Rev. 601, 602 (2014) (“[T]he doctrine has become a compilation of moving parts that are neither individually coherent nor collectively compatible”). A know-it-when-you-see-it test is no good if one court sees it and another does not. Next year will mark a “century since Mahon,” during which this “Court for the most part has refrained from” providing “definitive rules.” Murr, 582 U.S., at ___ (slip op., at 7). It is time to give more than just “some, but not too specific, guidance.” Palazzolo v. Rhode Island, 533 U.S. 606, 617 (2001). If there is no such thing as a regulatory taking, we should say so. And if there is, we should make clear when one occurs.

Too bad the entire Court didn’t see it that way.