What’s up with that (sorta) snarky headline, you ask? After all, isn’t the PennEast v. New Jersey case, heard yesterday by the Supreme Court, a real honest-to-goodness eminent domain case about a pipeline?

Doesn’t the transcript show terms like “in rem,” “takings,” “eminent” and “eminent domain” were used a whole lot? Aren’t a lot of the media reports saying this is a big eminent domain case (see here and here for example)? 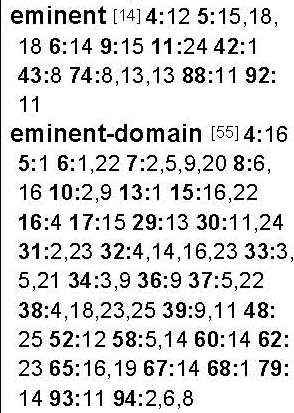 But read the transcript or a listen to the recording (stream above or download the mp3 here) and see what you think, eminent domain mavens.

If you are like us, you understand that the case isn’t going to tell us a lot about eminent domain generally, or about valuation, or the power to take (except in very limited circumstances). After all, the case asks whether the State of New Jersey – not some mere private landowner – can be haled into a federal court as a defendant in a Natural Gas Act private pipeline taking, and the issue isn’t the same as a typical NGA pipeline case in which a private landowner can’t assert Eleventh Amendment immunity.

As a consequence, here we witnessed a much different result in the way the lower courts treated the condemnee. Unlike virtually all other NGA cases in which the private pipeline condemnor pulled the usual “quick-take-by-preliminary-injunction” trick to get immediate possession of the property (even though the NGA doesn’t delegate the federal government’s quick take power), the Third Circuit invalidated the PI.

So we had lowered expectations that yesterday’s arguments would tell us anything truly worthwhile about this issue or any other eminent domain-ey things. It didn’t, but here’s what we thought were the most interesting points:

A clear consensus was not obvious among the Justices. To be honest, we’re kind of ambivalent about the outcome in this one because the Court didn’t even think about the quick-take-by-PI issue that we believe remains a festering problem, and the Court deciding whether a state can be subject to the unfair and unconstitutional regime that private owners have to suffer under leaves us lukewarm (same as it ever was).