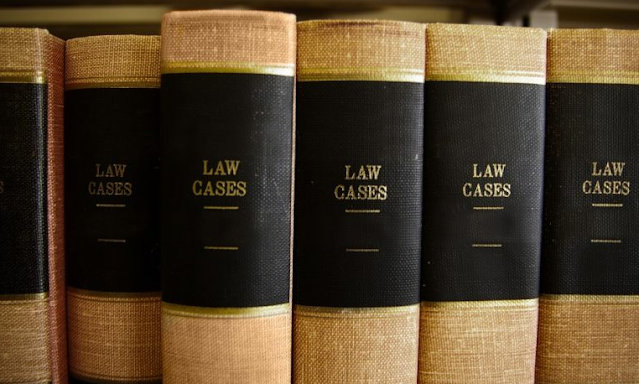 On April 30, 2021, Respondent Jane A. gave birth to a boy named John. On that same date while the child was still in the hospital, with the consent of Ms. A., the Clinton County Department of Social Services (“CCDSS”) removed John from Ms. A.’s care without a court order. On May 3, 2021, the CCDSS filed a neglect petition pursuant to Article 10 of the Family Court Act against Ms. A. concerning John. At the time of the filing, John did not have a legally established father. On May 4, 2021, the Court issued an Order on Application for Temporary Removal of Child (After Petition Filed) which, among other things, temporarily removed the child from the child’s home and placed the child with the CCDSS. On June 8, 2021, upon Ms. A.’s admissions and consent, the Court issued an order finding that John was a neglected child, as that term is defined by Family Court Act §1012(f)(i)(B). On that same date, upon the consent of all parties, including Ms. A., the Court issued an Order of Disposition which continued John’s placement with the CCDSS until the completion of a permanency hearing scheduled for October 26, 2021. A week before the scheduled permanency hearing, this Court [Asadourian, Support Magistrate] issued an Order of Filiation establishing Robert B. as John’s father. The scheduled October 26, 2021 permanency hearing was then adjourned to give Mr. B. proper notice of the hearing and to allow Mr. B. time to arrange for counsel. To date, Mr. B. has not filed a petition pursuant to Article 6 of the Family Court Act seeking permanent custody of the subject child.

At the conclusion of the permanency hearing, the Department of Social Services, Ms. A. and the Attorney for the Child advocated for continued placement of the child with the Commissioner. Mr. B. requested that the child be released to his care. The threshold question presented to the Court is what legal standard applies to a non-respondent parent’s request for release under Article 10-A of the Family Court Act.

In Matter of Elizabetta C., 60 Misc 3d 603 [Fam Ct, Clinton County, June 19, 2018], this Court was faced with the same question of what standard to apply when a non-respondent parent seeks release of a child as a dispositional option. This Court, in grappling with how to treat the non-respondent parent, stated:

Matter of Elizabetta C., 60 Misc 3d at 606. Based upon the foregoing, this Court held as follows:

Given a fit parent’s constitutional right to raise their children, the court holds, that once a parent intervenes in an article 10 action, the court may not place the child without the intervening parent’s consent, unless the party advocating placement demonstrates that the intervening parent is unfit to provide proper care for the child or that some other type of extraordinary circumstances exist.

There has been precious little guidance from appellate courts regarding release to a nonrespondent parent.1 In fact, there was no appellate guidance until June 9, 2021, when the Second Department decided Matter of Sabrina M.A. (Yana A.-Marcus S.), 195 AD3d 709, [2d Dept 2021]. In that case, the non-respondent father appealed from a permanency hearing order which continued the subject child’s placement, arguing that “there was no showing that he is unfit or other extraordinary circumstances and the court should have immediately released the child to his case.” Id. at 709. The Second Department explicitly rejected this argument, stating that “[c]ontrary to the father’s contention, the Family Court was not required to find the existence of extraordinary circumstances necessary to permanently deprive a parent of custody.” Id., citing Matter of Eric W. (Tyisha W.), 110 AD3d 1000, 1001 [2013]. Instead, pursuant to Family Court Act §1089(d), the Court held that the “best interests” of the child standard is applicable to the father’s request for a release of the subject child and that the non-respondent’s fitness would be a “primary factor” among others. Id.

This Court has searched Third Department for cases on point, but has found none. In accordance with the doctrine of stare decisis, a Family Courts is “bound to apply the law as promulgated by the Appellate division in its own Department, [and] where the issue has not been addressed within that Department, the [Family Court] is obligated to follow the precedent set by the Appellate Division of another Department until its home Department or the Court of Appeals pronounces a contrary rule.” Maple Med., LLP v. Scott, 191 AD3d 81, 90 [2d Dept 2020]. Thus, because the Third Department has not addressed the issue, this Court is bound to apply the law as espoused by the Second Department in Matter of Sabrina M.A., and thus shall apply a simple “best interests” standard to the facts of the present case.

Before doing so, the Court respectfully asserts that the Matter of Sabrina M.A. should be reconsidered. First, it should be emphasized that the Court is not selecting between two parents, but rather the Court is selecting between the State and a parent. As outlined in Matter of Elizabetta C., a number of courts have held in a number of circumstances that a parent has a claim of custody to his or her child superior to that of all others unless it is established that he or she is unfit or some other type of extraordinary circumstances exist. Second, the Matter of Eric W. was the only authority the Second Department cited in support of its holding in the Matter of Sabrina M.A. The Matter of Eric W. was decided two years before the 2015 Amendments to Article 10 of the Family Court Act were enacted which granted non-respondent parents a new set of rights. Third, the Second Department in both the Matter of Sabrina M.A. and the Matter of Eric W. failed to directly address the non-respondent parent’s constitutional rights when the State seeks to intervene in the parent-child relationship. Certainly, the statute should be construed, if possible, to avoid infringements upon a non-respondent parent’s constitutional rights.

This distinction is far from academic. This case turns on which standard applies. The Court shall issue a Permanency Hearing Order consistent with this Decision.