On Thursday, January 13, the Supreme Court halted the enforcement of COVID-19 vaccine and testing rules, one of President Biden’s main efforts to combat the virus. The court concluded that the administration overstepped its authority by seeking to impose the Occupational Safety and Health Administration’s vaccine-or-test rule on U.S. businesses with at least 100 employees, affecting more than 80 million people. 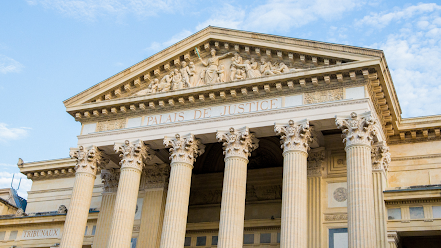 “Although COVID-19 is a risk that occurs in many workplaces, it is not an occupational hazard in most,” the Court ruled. “COVID–19 can and does spread at home, in schools, during sporting events, and everywhere else that people gather. That kind of universal risk is no different from the day-to-day dangers that all face from crime, air pollution, or any number of communicable diseases.” -The Supreme Court

The vaccine mandate that the court will allow to be enforced nationwide scraped by on a 5-4 vote. The mandate covers many health care workers in the country, affecting 10.4 million workers at 76,000 health care facilities as well as home health care providers. The rule has medical and religious exemptions.

More than 208 million Americans, 62.7% of the population, are fully vaccinated, and more than a third of those have received booster shots, according to the federal Centers for Disease Control and Prevention. A separate vaccine mandate for federal contractors, on hold after lower courts blocked it, has not been considered by the Supreme Court.

The current decision of the Supreme Court concerning OSHA’s mandate believes they exceeded its statutory authority and the rule is otherwise unlawful. It appears the Supreme Court is poised to strike this down if it comes up again in the future. However, the short answer is that while the mandate for large businesses is currently not enforceable, the fight is not over.