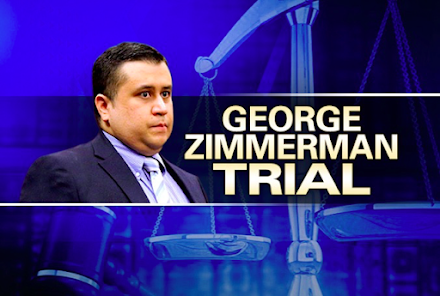 This is the second in a series of articles about opening statement and closing argument – how to effectively craft and deliver them to a jury. We began with the concept that delivering an opening statement is storytelling. What are the essentials of a compelling story? A compelling story that will make the jury want to render a guilty verdict.
First of all, it should be a story about a human being. A person whom the jury can care about – normally your client. Someone to root for.
Here is Daniel Petrochelli, representing the plaintiffs in the O.J. Simpson civil case at the beginning of opening statement, telling the stories of two people who are about to be killed:
“On a June evening, the 12th of June, 1994, Nicole Brown just finished putting her ten-year-old daughter, Sidney, and her six-year-old son, Justin, down to bed.  She filled her bathtub with water.  She lit some candles, began to get ready to take a bath and relax for the evening.  The phone rang.  It was 9:40 p.m.  Nicole answered.  And it was her mother, saying that she had left her glasses at the restaurant nearby in Brentwood, where the family had all celebrated Sydney’s dance recital over dinner, just an hour before.  Nicole’s mother asked if Nicole could please pick up her glasses from the restaurant the next day.  Nicole said, of course, good-bye, and hung up.  Nicole then called the restaurant and asked to speak to a friendly young waiter there.  Nicole asked this young waiter if he would be kind enough to drop her mother’s glasses off.  The young man obliged and said he would drop the glasses off shortly after work, on his way to meet his friend in Marina Del Rey.  The young man’s name was Ron Goldman. He was 25 years old. . .”
Sometimes the person you represent is not all that easy to like because he is accused of murder, or for another reason. Watch a former prosecutor Mark O’Mara and now a defense lawyer in the George Zimmerman second-degree murder trial for the shooting of 17-year-old Trayvon Martin.
What did O’Mara do to humanize Zimmerman? He refer to him by his first name, not as “my client.”  He addressed the impression of a defendant in a criminal case. He put his hand on Zimmerman’s shoulder. He humanized him.
What if your client is a corporation? In Novell v. Microsoft, the plaintiff’s legal theory was that Microsoft committed anticompetitive acts to undercut Novell’s WordPerfect word processor software and thus gain an unfair advantage for Microsoft’s software. Microsoft responded with its defense message that Novell’s product failed not because of Microsoft’s anticompetitive acts, but because Novell made bad choices and Microsoft makes great products.
Here’s how David Tulchin Microsoft’s counsel humanized the defendant corporation:
“Microsoft’s Counsel: “Now, let me tell you a little bit about Microsoft. Many of you know a piece of the story.  Bill Gates was 19 and at Harvard College in Massachusetts in 1974, I believe, when he became very interested in actually a – what was then called a mini computer that he saw in a magazine, dropped out of college, and with his boyhood friend, Paul Allen, went to work in writing a computer programming language called Basic.  Some of you may even have heard of Basic.  A few years later, Bill Gates and Paul Allen, who had started Microsoft, bought a software program from a company in Seattle, modified it, and developed what was called Microsoft DOS or MS DOS.”
The next post will examine other essentials of a compelling opening statement, specifically the values-and-needs and credibility components well as having a case theme.