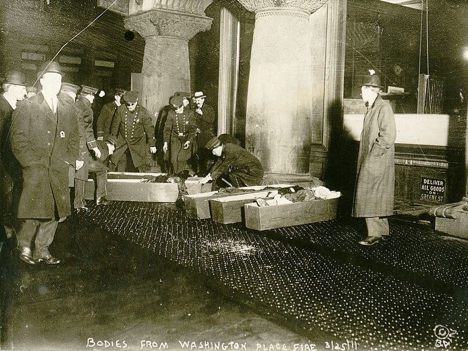 The victims of the Triangle Shirtwaist Factory fire in coffins

outside the building from which they jumped

This is a list of the impeachment wrecking crew that can be used in cross-examination:

1. Unreliability of the Observation

This like the two prior posts is dedicated to the Unreliability of the Observation Wrecking Crew. Specifically, here the focus is on impeachment by showing that the witness is biased or has an interest. Cross-examination of a witness for showing bias, prejudice, or interest is a party’s right, with constitutional protection in criminal cases. Davis v. Alaska, 415 U.S. 308, 315, 94 S. Ct. 1105, 39 L. Ed. 2d 347 (1974). However, trial courts “retain wide latitude insofar as the Confrontation Clause is concerned to impose reasonable limits on such cross-examination based on concerns about, among other things, harassment, prejudice, confusion of the issues, the witness safety, or interrogation that is repetitive or only marginally relevant.” Delaware v. Arsdall, 475 U.S. 673, 679, 106 S. Ct. 1431, 1435, 89 L. Ed. 2d 674, 683 (1986).

Here is a summary of the facts of the case:

•   At trial, Kate Alterman testified on direct that the doors were locked so the women working on the floor could not escape

•   Counsel for the owners Max Steuer cross-examined Alterman and his cross became famous. 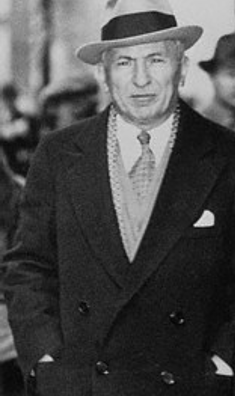 On cross-examination Steuer had Alterman tell and retell her story. The following shows how her testimony on cross was almost the same as that given on direct examination. 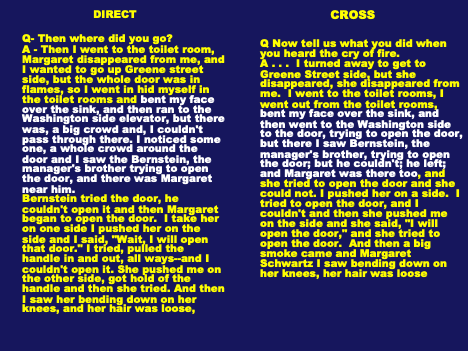 Max Steuer argued that Kate Alterman was biased and coached by the District Attorney and memorized her story – repeating phrases such as: “curtain of fire” and a man running like a “wild cat.” The defendants were acquitted.

Civil suit was brought in 1913, and plaintiffs won compensation in the amount of $75 per deceased victim