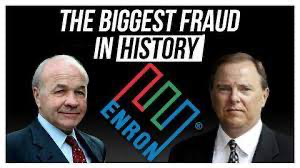 The Trial Theme in the prosecution of defendants Skilling and Lay in the Enron case
What is your trial theme?  This is part of a series of articles regarding how to construct and deliver closing argument. The prior post examined how to begin your closing with an attention step. Here, we shift to the body of the argument.
Common topics for the body of closing argument are as follows:
• integrating the case theory and theme
• issues in dispute
• a discussion of the law new
• applying that law to the facts
• refuting opponent’s arguments discussing case weaknesses
• discussing missing evidence and or witnesses
• witness credibility
• expert witness testimony
• circumstantial evidence
• damages
The case theory is a combination of your legal theory and your factual narrative. Your factual narrative should be about a human being, appeal to the jurors’ values, and concern the deprivation of a human need. Your case theme is the hub of your case around which everything else revolves. The theme should be short and via crystallization of your case theory.
The Enron trial serves as a good illustration of the integration of case theory and theme. The case involved two people at the head of Enron corporation Ken Lay and Jeff Skilling.  Lay once was one of Houston’s most respected power brokers and philanthropists, Enron’s ex-chairman and long-time CEO commanded his employees’ loyalty far longer than other executives. Now, in the Enron case, however, he’s defending himself against charges of incompetence. Much of the blame for Enron’s problems has centered on the Jeff Skilling- the man who took the company away from pipelines and into new frontiers in power trading and marketing. His abrupt resignation after six months in the CEO job started speculation that quickly turned into scandal. 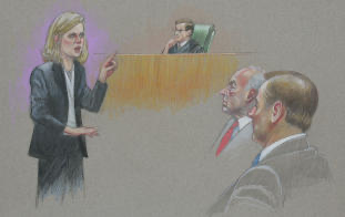 Enron Task Force prosecutor Kathryn Ruemmler’s Theme was: “There’s nothing wrong with getting rich.  But what you can’t do is you can’t get rich by deceiving. You can’t get rich by cheating.” Ruemmler, sometimes pacing before the jury during her four-hour closing argument, laid out the case theory, saying that the victims of the deceits of Lay and Skilling were shareholders — real people “deprived of the truth.”

In rebuttal argument, prosecutor Sean Berkowitz reiterated the theme: “They lied to their investors.” He said, “Senior management had been lying to the public for years. . .  Enron could not handle the truth.”