Acting on behalf of the Navy, Supreme Court Justice Elena Kagan slammed the bottle against the gunmetal gray hull of the USNS Earl Warren, causing a frothy explosion that left her covered in bubbly. 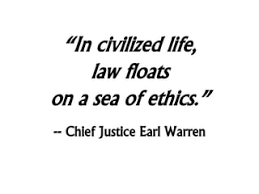 Law.com has Is ChatGPT Ready for Its Day in Court? Experts Say No Way — While ChatGPT has legitimate potential uses in the legal industry, recent proposals that amount to having the technology practice law on behalf of clients are a step too far in the mind of legal experts.