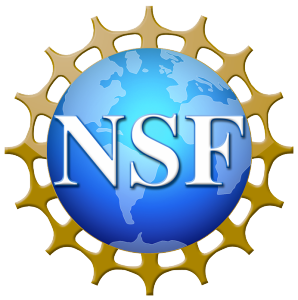 On January 25, the National Science Foundation (NSF) issued a statement to remind the 2,000 colleges, universities, and other institutions that receive NSF funding that NSF requires its awardees to comply with Title IX of the Education Amendments Act of 1972, which prohibits educational funding recipients from engaging in sex discrimination, including sexual harassment and gender violence.

NSF’s statement, which follows multiple recent reports of sexual harassment in the science community, “reiterates [NSF’s] unwavering dedication to inclusive workplaces. NSF does not tolerate sexual harassment and encourages members of the scientific community who experience such harassment to report such behavior immediately.” NSF also encouraged NSF-funded researchers and students to “hold colleagues accountable to the standards and conditions set forth in Title IX, and to inform their institutions of violations.” NSF directs people who experience or witness harassment to contact their Title IX Coordinator or NSF’s Office of Diversity and Inclusion.

In addition to encouraging individuals to report sexual harassment, NSF’s statement reminds grantee institutions that “NSF will work with the Departments of Justice and Education to ensure compliance with nondiscrimination laws,” and that “NSF may terminate funding to any institution found to be in noncompliance with Title IX regulations and that does not voluntarily come into compliance.”

NSF’s statement was issued less than two weeks after NASA Administrator Charles Bolden sent a similar letter to awardees under NASA-funded programs. In that letter, Administrator Bolden stated that “NASA takes very seriously our obligations, both legal and ethical, to make sure that when we provide federal dollars to a STEM educational program that the program is extending equal opportunity to all of its participants.” Where a NASA grantee’s compliance with civil rights laws, including Title IX, “is at issue, we work closely with the grant recipient institution and other stakeholders, such as the Department of Education’s Office for Civil Rights, to bring that recipient into compliance. No grantee institution that allows impermissible harassment to go unaddressed can be deemed to be in compliance with civil rights law.” Administrator Bolden urged NASA grantee institutions to closely examine their current policies and procedures for addressing allegations of misconduct “as promptly and equitably as possible.”

Recipients of federal awards have been required to comply with various civil rights and nondiscrimination laws as a condition of award, including compliance with Title IX as applicable. Conceivably NSF and NASA may increase their volume of referrals to the Departments of Education and Justice where allegations of discrimination arise. But how NSF and NASA will determine “noncompliance with Title IX” and whether an institution has “voluntarily come into compliance” remains to be seen.

These new statements from NSF and NASA suggest a level of compliance interest among federal research funding agencies which could influence their perception of an institution in a very competitive funding environment. Accordingly, colleges, universities, and other institutions that receive contracts and grants from federal agencies may wish to consider how their policies and procedures address issues of gender-based discrimination and harassment in the campus science community.