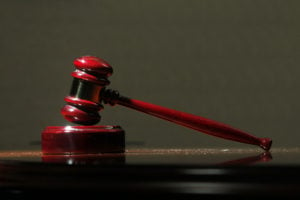 A Hawthorne NJ man is likely headed to prison for a very long time after a Passaic County jury found him guilty of aggravated manslaughter for causing a fatal car crash.

The suspect is a 51-year-old man from Hawthorne, NJ. According to Passaic County prosecutors, the suspect was under the influence of an aerosol chemical when he lost control of his 2014 Dodge Ram and crashed through a barricade at a farmer’s market in Hawthorne, New Jersey.

The suspect’s truck struck a woman and dragged her across the roadway. The victim, a 58-year-old resident of Hawthorne, was later pronounced dead at the scene of the accident.

Police investigated the crash and determined that the suspect was high on difluoroethane, which he allegedly inhaled before he got behind the wheel of his vehicle.

At the end of a criminal trial in Passaic County Superior Court in Hackensack, a jury found the suspect guilty on aggravated manslaughter charges and death by auto charges.

When the suspect returns to court in November for a formal sentencing hearing, he faces a possible sentence of 60 years behind bars in NJ State Prison.

To learn more about this case, view the NJ.com article, “Man Found Guilty of Driving High, Dragging Woman to Her Death.”