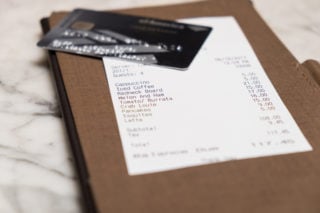 Bucking a recent trend and departing from both the Second Circuit’s Katz decision and the Third Circuit’s Kamal decision, the Eleventh Circuit found that a plaintiff had standing to settle a FACTA claim on behalf of a class. This decision—Muransky v. Godiva Chocolatier, Inc.—signals the continuing debate about what Spokeo means for federal statutory damages class actions.

As is now familiar, FACTA (the federal “Fair and Accurate Credit Transactions Act”) prohibits merchants from printing more than the last five digits of a credit or debit card number on any electronically printed receipt provided to the card holder at the point of sale. And Spokeo is the United States Supreme Court decision that holds (among other things) that Congress cannot create Article III standing merely by creating a cause of action.

Muransky claimed a garden-variety FACTA violation: He alleged that Godiva printed the first six and last four digits of his credit card on his receipt. The case mediated, and the parties reached a class-wide settlement that would create a $6.3 million settlement fund to pay around $235 to each class member who submitted a claim form–with $2.1 million to Muransky’s lawyers. About 15% of the class members who received notice made claims, and there were five objectors. The objectors primarily focused on the issue of attorneys’ fees and Muransky’s $10,000 incentive award for serving as class representative, but one objector asserted that Muransky lacked standing. The district court overruled the objections and approved the settlement. Two objectors appealed.

The Eleventh Circuit affirmed the settlement approval. It did so initially on October 3, 2018, but sua sponte vacated its previous opinion and published a new one on April 22, 2019. The major changes all came in the court’s discussion of the standing issue, where the Eleventh Circuit took pains to distinguish the Second Circuit’s opinion in Katz v. Donna Karan Co. In particular, the court disagreed with how Katz allowed evidence that certain FACTA violations did not pose any real threat of identity theft: “We are wary of Katz’s premise that a federal district court may make factual finding that override Congress’s standard for what harm constitutes a concrete injury” and “[w]e do not read Spokeo as giving courts a license to reject the standard set by Congress in favor of judge-found facts at odds with that standard.” Instead, the Eleventh Circuit accepted that ”Congress established the acceptable level of risk at printing five digits,” so a receipt with too many digits plus an allegation of “a heightened risk of identity as a result of Godiva’s FACTA violation… satisfies Article III under the principles Spokeo laid down.”

The Eleventh Circuit also decided that the plaintiff’s standing could arise from the similarity between a FACTA claim and the common law tort of breach of confidence. While acknowledging that “the match is not exact,” the court found that the common law tort was close enough to confer standing. This alternative rationale–arguably dicta–could apply outside of the FACTA context, given the court’s broad language: “A consumer provides a merchant with his credit card number with the expectation that it will remain secret, not least because of the risk of credit card fraud if the merchant reveals it.” The proposition is not self-evident: Have you ever followed the restaurant server to see what he or she does with your credit card when you pay your bill? In any event, how the Eleventh Circuit might apply this apparently sweeping reasoning in the context of a data breach, for example, remains to be seen.

This alternative holding also pits the Eleventh Circuit directly against Kamal from the Third Circuit. That case rejected the analogy to breach of confidence, noting that the harm addressed in such a tort is actual disclosure, not the mere risk of disclosure. We believe Kamal has the better analysis because the disclosure to a third party is essential to resulting harm. Indeed, the Muransky rule could reduce Spokeo’s injury requirement to a mere pleading trick, as it is hard to imagine what species of ephemeral harms could not be reclassified as risk of harms that are recognized to give rise to standing. Muransky justifies its lax standing rule as being deferential to Congress, but Spokeo (as we read it) disallows such deference. If it is true that “where the common law allowed a cause of action to remedy an injury, Congress can create a statutory cause of action to remedy the risk of such an injury,” then standing defenses may come in for rough sledding in the Eleventh Circuit.

We have two main takeaways:

First, the Supreme Court needs to clarify Spokeo. In particular, the Supreme Court will likely need to address what it means for an intangible harm to have a “close relationship” to a traditional harm. The circuits are already divided on that issue, and it should be resolved sooner rather than later (even if not this term, as we hoped).

Second, some of the practical issues of the case may be explained by its procedural posture. Muransky arose from an objection to a class settlement, not a traditional motion to dismiss. As Judge Jordan’s concurring opinion notes, the objector’s challenge to Muransky’s standing raises its own jurisdictional questions: The objector “may lack Article III standing to challenge the Article III challenge of Dr. Muransky.” If the objection to standing had succeeded, the settlement would have been unwound and the consideration made available to the class would not have been paid. Given that the defendant did not challenge standing, nearly 50,000 class members made claims as compared to only a handful of objectors, and given the fact that the objector pressing the standing issue was himself a class-action plaintiffs’ lawyer, the posture of the case may go a long way to explaining the outcome.