Training has been an important of my business since I left private legal practice in 2017. I have spent many a happy hour touring the country talking about Clinical Negligence, Housing Conditions and the practice of law! The arrival of lockdown in March 2020 was a worry. Where was nearly half of my business going to come from? It even crossed my mind that I might need to go back on the tools!

Before the end of May 2020, I had never presented a remote training event. I was unsure how this thing called Zoom that my techy son had mentioned, would do the job. What about power point? What about questions? What about eye contact?  I am one of those speakers who survives on those subtle smiles of approval and is always looking out for the raised eyebrow that says a tough question is coming!

I really began using Zoom and other platforms because it was only to stay in business during the lockdowns.

How quickly it caught on. In no time at all we were all in a daily routine focused on that magic green ‘screen share’ button. Phrases like ‘you’re on mute’ and ‘turn your video on’ have become part of daily language. Jackie Weaver became an overnight star…

Getting out of bed half an hour before the starting time, having a quick shower and putting on a clean shirt (forget the rest!) has been a surprising bonus. Remember those days of an early drive to Bradford or the red eye express to Euston. But it has been tiring in another way. I did a session last year where I did a full day course on Housing Conditions. All the 12 or so attendees were on where silent and had their cameras off. So, I spent the best part of 5 hours talking to my screen! You only realise how tiring that it when you do it.

What happens now as we head back home from this surreal land of Oz? On 25th March I did my first live presentation for over a year. I was a bit nervous at first. Have we become a bit institutionalised? But it soon settled down. That feeling of talking to human beings, being interrupted, having a conversation was like a cold beer after a trek across the desert. ‘There’s no place like home’. 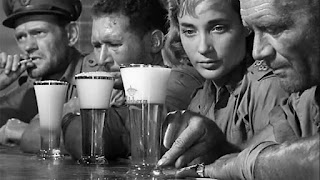 In the last week, I have done a hat trick of events. Three days back-to-back – Oldham, Manchester and Liverpool City Centre. You only realise what you have missed when you find it again.

I did say during lockdown that I doubted if I would ever do a live course again. Now I am looking forward to the next. So, will the days of talking to little squares come to an end? Absolutely not. A course that I did for a firm in Brentford where staff were working at home could not have been done in any other way. Lots of business are likely to work in this way in the future. We are going to see the two-working side by side. A bit like home working.

I will be doing real world courses where it is viable but me and Mr Zoom are likely to be friends for a long time to come.