A recent Food Safety News piece examining chronic wasting disease (CWD) brought up the question about how to manage the disease. As noted, CWD has never infected humans. The difficulty with CWD, however, is the fear that it could harm free-ranging deer and elk populations combined with the fact that there is no live-animal test for the disease, making it hard to track. Everyone is for the eradication of CWD. No one wants it around. However, there are different philosophies for how to battle it. 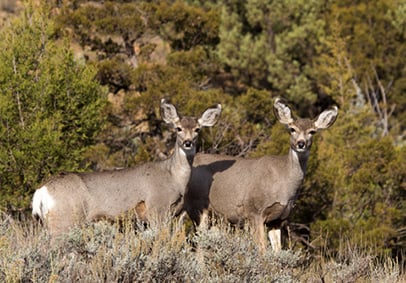 One of them was offered by a spokeswoman for the Washington State Department of Fish and Wildlife, who praised a law banning new deer and elk farms in the state as of 1993. It’s a common refrain heard in debates in statehouses today: That deer farms are the problem when it comes to CWD. However, given how regulated deer farms are, it’s rhetoric over substance. Safeguards already exist to mitigate the risk of farms spreading CWD by accident. Any private facility transporting deer or elk across state lines must be CWD-certified, a program administered by USDA. Certification requires that a facility has tested all of its mortalities over 12 months of age for a minimum of five years with no positive CWD results. In fact, most farms in the U.S. have been testing more than 10 years in the certification program. Individual animals must be inventoried and tracked so that, if an animal is ever tested positive for CWD, it can be traced back to its origins and the facilities quarantined and depopulated. The program certainly seems to have worked. According to USDA data collected between 1998 and 2012, the prevalence of CWD on deer and elk farms was half that of free-ranging deer and elk. Because farms are controlled environments and are required to strictly monitor for CWD, it’s easier to detect CWD. It’s also easier to control it than in free-ranging populations. Banning deer farms, by its very nature, does nothing to solve the problem of free-ranging deer spreading the disease. You don’t hear about it much, but free-ranging animals have quietly spread CWD all across America. Free-ranging animals spread CWD into western Texas from New Mexico. They’ve spread it across Wyoming (which has no game farms). They’ve spread it into Virginia (which also has no game farms). It’s basically impossible to stop CWD from spreading once it’s in free-ranging animals. With that in mind, states should focus on detection and prevention. Currently, there is no live-animal test for CWD, so state wildlife agencies have to test deceased animals. The trouble is, they’re not testing very many. By 2010, Washington state had only tested 5,000 animals for CWD over a 10-year period — a tiny percentage of the state’s deer population. Washington state might justify this by noting that CWD has never been found in Idaho and Oregon. But other state agencies have an equally abysmal testing record. The Missouri Department of Conservation, for instance, is located at ground zero of the CWD debate and yet it only tests a few thousand free-ranging animals a year. Michigan has tested 20,000 deer and elk on farms — yet the state only tested 38 free-ranging deer and elk in all of 2014. You can’t track a disease unless you’re testing for it. The only thing this regimen produces is skewed results. States need to test more animals to get a better idea of where CWD is. They also need to invest in developing both an accurate live-animal test and a vaccine. Researchers from Kansas State University and USDA recently announced progress on a live-animal test. It may take years to make a breakthrough, but fortunately there’s time to develop practical solutions. CWD can be in an animal for years; often, animals with CWD will die of something else first (predation, vehicles, etc.). Research into CWD’s effect on populations in Wisconsin and Colorado failed to turn up evidence that CWD had caused a population decline. The debate over CWD is too often centered on politics, in particular deer farming and private hunting ranches. These facilities are controlled and regulated. If the broader hunting community wants to get serious about CWD, it needs to look at solutions that fit the bill.