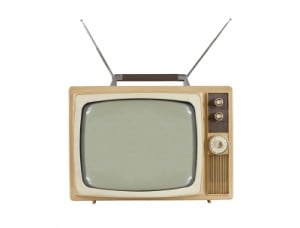 The Italian administrative tribunal of Lazio region (tribunale amministrativo regionale del Lazio, “TAR”), the sole responsible court for the appeal of the Italian Competition Authority (“ICA”) decisions, has recently provided detailed clarification regarding when information exchange between competitors is not illegal.  In a series of judgments regarding the TV post-production services case, the TAR overturned the conclusions (and subsequently the fine) that the ICA had imposed on over twenty post-production television services companies and their trade association for exchanging information about their bids to the Italian State-owned TV (the Radio Televisione Italiana or RAI).  The Italian judges define the scope of the information that can be qualified as “strategic”, set a high standard for proving collusion between competitors, and impose a careful analysis of the restrictive effects that an information exchange may have on competition taking into due account the characteristics of the relevant market and, in particular, the market power of the involved companies and their customer.

The TAR judgment provides important clarifications regarding the perimeters of legal information exchange between competitors. The present judgment adopts a different legal test than the one adopted by the Italian supreme administrative court (Consiglio di Stato, the second and final level of appeal for ICA decisions) in a 2010 judgment that the ICA has been constantly relying on in the past years to defend their very rigid stance vis-à-vis information exchange cases. Moreover, this judgment is a welcome clarification for all of Europe at a time when recent decisions illustrate that information exchange is increasingly under the antitrust enforcement radar with not always consistent outcomes.

Information exchanges as a new frontier of antitrust enforcement

Several antitrust regimes, in particular in Europe, consider information exchange of competitively sensitive information as a hard-core antitrust violation. Even in those jurisdictions where information exchange is not presumptively illegal, for example in the United States and Canada, information exchange may lead to a government investigation and an avalanche of civil lawsuits with substantial damages claims (see our previous alert on “Global Laws Inconsistent when Competitors Talk Among Themselves“).

Short of constituting an explicit agreement (written or oral) to fix prices, in Europe an information exchange can constitute an unlawful “concerted practice” if it reduces uncertainty in the market and thereby facilitates collusion. That requires that the data exchanged is “strategic”, which is defined very broadly by the European Commission’s Guidelines on Horizontal Agreements as “data that reduces strategic uncertainty in the market”.

European competition law prohibits certain practices under the doctrine of “concerted practice by object”: exchange between competitors of their individualized plans regarding future prices or output would normally be considered anti-competitive by its very nature or “by object” and is deemed presumptively illegal. Unless the presumption is rebutted, the practice may be treated as hard-core cartel activity, which carries the potential for substantial fines and follow-on damage claims.

To give a taste of how strict enforcement can be in this area, European enforcers found as examples of a hard-core violation of EU competition law, and imposed high fines for, a group of mobile phone companies having a single discussion about how much to pay their dealers (T-Mobile Netherlands case), banana importers discussing various factors that could influence demand for bananas (2015 Dole case), and a travel booking platform informing their members that discounts for online bookings are limited to 3% (January Eturas decision).

Several national competition authorities in the EU have taken a similar approach. For example, most recently, the U.K. competition authority opened a case against 5 agencies for fashion models and their trade association for allegedly exchanging confidential future pricing information.  So have enforcers in other countries, including Brazil (where information exchanges may be prosecuted as a crime) and China.

When competitors exchange information that is not individualised data regarding intended future prices or quantities, however, the competition authorities will assess the likely effects of the information exchange on competition. This assessment will be conducted on a case-by-case basis as the results of the assessment depend on a combination of various case-specific factors. This is what happened in the Italian case described below.

Definition of the perimeter of illegal information exchanges

This judgment of the Italian judges of 6 June 2016 annulled the decision of the ICA which last year had fined 21 small-sized companies offering post-production television services and their industry trade association (New Italian Broadcasting) with a fine of almost €800.000 for an information exchange and a coordination of their offers to the Italian State-owned TV (the Radio Televisione Italiana or RAI).  In a first phase the parties had allegedly exchanged competitively sensitive information through their trade association that collected and circulated data, and recommended to their members not to offer too low bids to the Italian TV station.  In a second phase, the parties allegedly intensified their contacts and exchanges, in particular by meeting twice.  The minutes of one meeting included a proposed list of the hourly prices of TV services that the industry association would have shared with the TV station on behalf of its members.

Historic information in the public domain

The TAR clarified that information exchanges are illegal only if the Authority can provide clear evidence that the information exchange can help companies to predict their rivals’ future commercial strategies. European competition law prohibits these practices under the doctrine of “concerted practice by object”, which the Italian judges refused to apply in the present case.

According to the TAR, the data exchanged (i.e., the tenders, the starting price for the bids, and the bids submitted by each company) were not strategic because they could not reveal the future commercial strategies of the companies.  Firstly, the data concerned past tenders and, in the sector of post-production TV services, the tendering entity (the Italian TV) decided the starting price for the bids for each tender and the companies that could submit an offer for all those tenders.  The present TAR judgment adopts a different legal test than the one adopted by supreme administrative court (Consiglio di Stato) in the IAMA Consulting judgment where the Consiglio di Stato had stated that “it is obvious to all that the constant acquisition of data on the commercial conditions offered by competitors in the recent past reveals precious information to adapt its own commercial strategy in alignment with others as the [life and social security insurance] sector is not characterized by changes in prices and commercial terms“.

Secondly, according to the TAR, the exchanged data did not have a real element of secrecy because the information would have been accessible to all players in a competitive market (even though in the present case the information remained secret because the tendering entity, the Italian TV, did not want to disclose it). In this context, it is interesting to note that the Court of Justice in its Dole decision stated that the fact that the exchanged information are publicly known or could be collected otherwise from the market or from the customers is not relevant in assessing the legality of the conduct.  The Italian Consiglio di Stato in its IAMA judgment had adopted a similar reasoning. Enforcers should adopt a practical approach and recognize that, when the information is already out there on the market, and is even shared with customers (which was the case in the present case, see below), the exchange of that information does not necessarily enable companies to be aware of future market strategies of their competitors.

Collusion must be carefully proven

As the TAR found that the exchange did not constitute a violation by object, it went on to assess any restrictive effects that the information exchange could have on competition. The TAR observed that the ICA could not bring to the table any written evidence proving collusion, not even serious, precise and consistent indices of collusion.

Firstly, the ICA had only proven the existence of unilateral acts such as the invitations and recommendations by the trade association to increase prices (or not to price the bids too low). Even if such recommendations were documented in the minutes of a meeting, it was unclear who had recommended and who would have accepted the invitation.

Secondly, the TAR found that the price increase trends in the relevant tenders, or the parallelism of the offers submitted by the companies, did not constitute sufficient evidence of collusion. This is because the price increases had been adopted also from other companies which had not been sanctioned by the ICA.

Lastly, the TAR found that the ICA’s reasoning did not have a “narrative consistency“, and in particular did not consider possible alternative explanations of the relevant conduct.  The ICA should have taken into account the characteristics of the relevant market where the information exchange may actually solve problems of information asymmetries.  In particular, the ICA had failed to consider the fact that the tendering entity (the Italian TV) was dominant on the relevant sector in a situation of “monopsony” where it represented the only customer of the post-product TV services companies.

Companies need to address information exchange in their compliance programmes

The judgment provides important clarity on the scope of permitted information exchange between companies. The exchange of historical data may not have a restrictive effect on competition, though that is to be assessed in relation to the relevant market and its characteristics.  For instance, recent data may reveal future commercial strategies in certain industries.