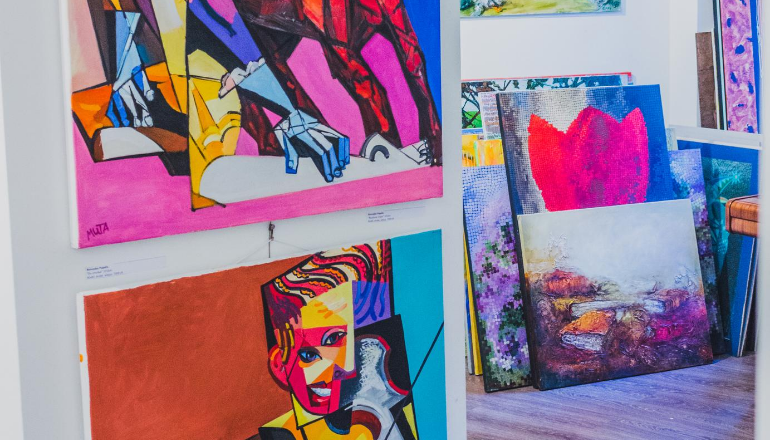 The Indian art market comprises a number of stakeholders performing different roles. The primary art market includes the relatively new and unknown artists, along with the more recognised contemporary artists. These artists may often work with private art galleries on a contractual basis, with revenue sharing and exclusivity being heavily negotiated terms.

The secondary art market generally features collectors looking to resell their collections to buyers who want to diversify theirs. Apart from the private art galleries, secondary market participants include auction houses (including online auction houses), public museums, art fairs and festivals. Artwork prices in the primary market usually tend to be lower to that of the secondary market, since artworks usually take time before they attain prominence for their artistic value, rarity and historical significance. Accordingly, by the time these works are resold, their prices tend to be higher.

Money Laundering and the Art Market

Money laundering refers to the acts of cleansing or concealment of illegal funds through a series of financial transactions. Launderers traditionally washed illegal proceeds through the banking system. However, as mechanisms for detection and mitigation of money laundering are being improved by the global financial system, criminals are now resorting to trade-based money laundering – that is, trading commodities in deals that may look unremarkable on the surface, but are in fact undertaken to disguise and leverage illicit money.[1]

Art has increasingly become a popular commodity to launder money. Some unique characteristics of the art market has made it particularly vulnerable – confidential nature of transactions, absence of a standard valuation methodology, involvement of multiple intermediaries and the unorganised and informal nature of the market.

Transactions in the art market are typically confidential. Parties to a private sale or even public auctions often may not know one another’s identities. The ability to conveniently transact anonymously in the art market makes it difficult for regulatory authorities to trace a money launderer to an underlying crime. Buyers also attempt to keep their identities private by using shell companies to purchase art.

In the art market, the identity and reputation of the parties to a transaction also impact the potential demand for the artwork. In March 2019, Saffronart conducted an auction of Nirav Modi’s art collection on behalf of the Income Tax Department to recover dues from Camelot Enterprises Private Limited, one of the companies operated by Nirav Modi. Prior to the auction, there were doubts on whether potential buyers would be comfortable with buying works that may be tainted by association with a fraud.

Money launderers are also drawn to the art market owing to a lack of price transparency and the absence of a standardised art valuation methodology to determine the fair market value of art. This allows the launderers to freely import or export art across borders without suspicion and detection and thereby, move the profits gained from an illicit crime with ease. In the US, a former Brazilian banker was convicted for embezzling millions from his bank and trying to launder money by acquiring expensive art, including Jean-Michel Basquiat’s ‘Hannibal’ (1981). He had attempted to smuggle the ‘Hannibal’ (which was appraised at a value of $8 million) and 90 other pieces of art into the US, using papers that declared the value of each object at $100. [2]

Similarly, in 2019, Subash Kapoor who is currently on trial in India, was charged by prosecutors in Manhattan with stealing and possessing millions of dollars’ worth artifacts from India.[3] These charges were made in the context of the Metropolitan Museum of Art looking into whether stolen antiquities by Kapoor have ended up in their collection. It is reported that since the year 1990, the museum has acquired about 15 antiquities that were a result of looting by Kapoor.

Framework relating to Money Laundering and the Art market in India

The Prevention of Money Laundering Act, 2002 (“PML Act”) with the rules issued thereunder along with the regulations prescribed by the RBI and SEBI set out the framework for the anti-money laundering laws in India.

Under the PML Act, whoever directly or indirectly attempts to indulge or knowingly assists or knowingly is a party or is actually involved in any process or activity connected with the proceeds of crime including its concealment, possession, acquisition or use and projecting or claiming it as untainted property shall be guilty of the offence of money laundering.[5] The PML Act defines ‘proceeds of crime’ as any property obtained, as a result of criminal activity relating to a scheduled offence.[6] Under the PML Act, the non-compliances under the Antiquities and Art Treasures Act, 1972 (“Antiquities Act”) has been categorised as a scheduled offence. Hence, the PML Act punishes any person who is involved in laundering the proceeds from an offence under the Antiquities Act. However, the Antiquities Act covers only: (i) antiquities, which inter alia include coins, sculpture, paintings which have been in existence for at least one hundred years;  (ii) art treasures, which are art works not being an antiquity, declared by the Central Government as an art treasure having regard to its artistic or aesthetic value.[7]

Additionally, the PML Act read with the rules, impose mandatory record keeping, enhanced diligence and reporting obligations on certain identified classes of entities, who may potentially be at a greater risk of being misused by launderers. Such entities have been termed as ‘reporting entities’ and include banks, financial institutions, intermediaries and persons carrying on designated business or profession. Although the words ‘intermediaries’ and ‘persons carrying on designated business or profession’ have been defined broadly under the PML Act, they do not specifically include the class of ‘art market participants’. However, it must be noted that even though art market participants have not been identified as ‘reporting entities’ under the PML Act, such persons shall be guilty of the offence of money laundering, if they are found to have been involved with the specified activities connected with proceeds of crime (as defined under the PML Act).

Lastly, in recent years, the Government has introduced measures to tackle and prevent money laundering across spheres. For example, provisions relating to significant beneficial ownership and ultimate beneficial ownership were introduced under the Companies Act, 2013 and the framework of SEBI regulations, with the object to see through the convoluted and complex corporate structures being adopted to mask the real owners of entities.

One of the largest art markets in the world, the UK recently adopted the European Union’s Fifth Money Laundering Directive (“5MLD”) by issuing the Money Laundering and Terrorist Finance Amendments Regulations, 2019. Aimed at curbing the growing use of the art market as a convenient vehicle to launder money, enforcement of the 5MLD is expected to result in significant changes to how the art market participants operate.

Before implementation of the 5MLD, only art dealers accepting cash payments above £10,000 were statutorily required to undertake enhanced customer due diligence measures. Now, the implementation of the 5MLD widens the applicability of this obligation to include all ‘art market participants.’ Such participants include any firm or individual who (i) trades in or acts as an intermediary in the purchase or sale of art; or (ii) is the operator of a freeport to store works of art.[8] In each of the aforementioned categories, the threshold for applicability is that the transaction or a series of linked transactions or the value of art stored amounts to £10,000 or more.

Consequently, all art market participants are now subject to obligations to undertake customer due diligence measures. Such measures include obtaining information on the intended nature of business relationship, source of wealth, and reasons for the proposed transaction.[9] Where the transaction involves a legal person, reasonable measures are required to be taken to understand the customer’s ownership and control structure.

In the US, Money Laundering Control Act, 1986 and the Bank Secrecy Act, 1970 target illicit finance and set out the framework of the anti-money laundering laws. The participants and professionals in the art industry are not subject to the statutory customer due diligence, record keeping and reporting obligations under the aforementioned statutes.

In 2018, the Illicit Art and Antiquities Trafficking Prevention Act (“IAATP”) attempted to address the art-related laundering risks directly by extending the record keeping and reporting requirements under the existing anti-money laundering framework to the art market participants. However, the IAATP has not seen any development since its referral to the House Committee on Financial Services on May 18, 2018. The introduction of the IAATP would have mandatorily required art and antiquities dealers to comply with certain reporting and record-keeping obligations under the Bank Secrecy Act.

But, the Coordinating Oversight, Upgrading and Innovating Technology and Examiner Reform Act (“Counter Act”) introduced in March 2019, intends to crack down on shell companies, to tackle and prevent money laundering and terrorist financing. According to Section 211 of the Counter Act, all those engaged ‘as a business in the solicitation of the sale of antiquities’ will need to comply with reporting regulations of FinCEN, the U.S. Treasury’s Financial Crimes Enforcement Network. The Counter Act still needs to pass the Senate before it goes into effect.

In China, the anti-money laundering framework does not impose statutory obligations pertaining to client identification measures and regular reporting requirements to participants in the art industry. In practice, there is a lack of transparency in the art market in China, because transactions are frequently concluded with payment in cash or even on a barter basis. In the People’s Bank of China’s (“PBOC”) Guidelines for the Assessment of Money Laundering and Terrorism Financing Risks and Categorised Management of Clients of Financial Institutions (2013), art collection and auctions were categorised into ‘cash-intense industries’ that may lead to a higher risk of money laundering. Accordingly, the PBOC advised financial institutions to closely monitor this risk. However, there have not been any noticeable developments in this regard.

Lastly, money laundering being an international concern, the United Nations and the Financial Action Task Force continue to take efforts to raise awareness of money laundering, including the measures that may be taken to combat this threat.

With money launderers increasingly resorting to the art market, it is imperative that the statutory record keeping, enhanced diligence and reporting obligations under India’s anti-money laundering framework be also extended to participants in the art market, particularly the art dealers and other professional intermediaries.

Art market participants are particularly at the risk of being misused by persons seeking to launder proceeds of unlawful activities, giving rise to potential reputational, legal and financial consequences. The art market participants must conduct a thorough customer due diligence exercise. This exercise should go beyond obtaining basic information on the customers (buyer or seller) that would ordinarily appear in contracts and must be undertaken before a business relationship is established. Some measures that may be taken by the intermediaries in the art market in particular, must include:

While a legislation targeted at combating money laundering in the art market is desirable, the art market participants must also be encouraged to observe global best practices, such as the Anti-Money Laundering Standards issued by the Basel Institute on Governance[10] and the Guidelines issued by Responsible Art Market[11]. Lastly, all stakeholders must take steps towards formalising the art market. The introduction of GST, the Government’s initiatives to promote digital payments and the potential application of blockchain based technologies in the art market are some positive indicators towards formalising the industry, with parties to art transactions being compelled to maintain proper documentation and a trail of records.

[9] Regulation 5(1) of the Money Laundering and Terrorist Finance Amendments Regulations, 2019.