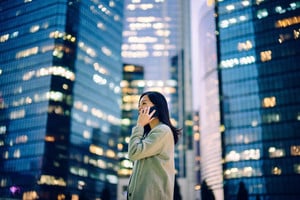 Ensuring lower international roaming charges continues to be a key policy priority for the EU, even at a time when non-essential travel is discouraged. The European Commission has in fact proposed that a new regulation will prolong the current EU roaming rules that are due to expire in 2022 (including, among other instruments, the Roaming Regulation (EU) 531/2012), for another 10 years.

If adopted, the new regulation will also ensure that consumers will be entitled to have the same quality and speed of their mobile network connection abroad as at home, where equivalent networks are available. The new rules will also secure efficient access to emergency services, including improving awareness about alternative means for people with disabilities, as well as increase consumer awareness on possible fees from using value-added services while roaming.

However, the new proposed regulation first needs the approval of the European Parliament and the Council.

One of the most interesting aspects of the mandate is the treatment of permanent roaming for machine-to-machine communications (“M2M”), e.g. SIM cards for smart meters and connected cars. Specifically, the mandate proposes the following amendments to the current rules:

The proposal is still subject to change. Moreover, what constitutes permanent roaming is also still open to interpretation, especially when it comes to mobility services (like in-vehicles connectivity), potentially less so for fixed IoT (like smart meters). In this regard, BEREC’s guidance is ambiguous. Therefore, there is still some room for further changes and interpretation.