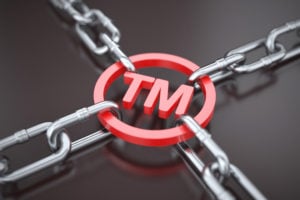 On Monday, May 20, 2019 the Supreme Court settled a decades-long circuit split regarding a licensee’s ongoing trademark usage rights following the rejection of a trademark license agreement under the U.S. bankruptcy code. In an eight to one decision, the Court found that “rejection breaches a contract but does not rescind it. And that means all the rights that would ordinarily survive a contract breach, including those conveyed here, remain in place.”

As discussed in our earlier alert, upon filing for bankruptcy, the debtor – or, for these purposes, the licensor – is given the right to either “assume” or “reject” the debtor’s executory contracts such as a trademark license. Under bankruptcy law, the rejection of a contract “constitutes a breach,” rendering the contract unenforceable against the debtor-licensor. Whether said rejection also had the effect of stripping the licensee of any and all continued rights to use the licensed trademark, is the crux of this case. (See our earlier discussion of the oral arguments for this case here.)

For decades, a licensee’s fate upon rejection of a trademark license rested in the hands of individual bankruptcy courts. On the one hand, the First and Fourth Circuits found that a licensee cannot continue using the mark following rejection citing, in part, the burden this would impose on the licensor to continue monitoring the quality control of the mark. On the other hand, the Seventh Circuit found that rejection had no bearing on the licensee’s continued right to use the licensed mark.

Justice Kagan authored the opinion, adopting the Seventh Circuit’s approach. “The question is whether the debtor-licensor’s rejection of that contract deprives the licensee of its rights to use the trademark. We hold it does not.” The Court based its decision, in part, on the longstanding bankruptcy rule: “The estate cannot possess anything more than the debtor itself did outside bankruptcy.” Namely, to permit the debtor to rescind the license and all accompanying rights it had conveyed to the licensee upon rejection would give the debtor more rights than it would have outside bankruptcy, in direct violation of this rule. In adopting the rejection-as-breach rule, but not the rejection-as-rescission rule, the Court “prevents a debtor in bankruptcy from recapturing interests it had given up.”

The Court also rejected the lower court’s argument that because Section 365(n) of the Bankruptcy Code provides significant protection for licensees of all intellectual property except trademarks, that an opposite rule must apply to trademark licensees. On the contrary, the Court made it clear that no such negative inference arises. Justice Kagan explained that this argument “pays too little heed to the main provisions governing rejection and too much to subsidiary ones.” That is, “Congress did nothing in adding Section 365(n) to alter the natural reading of Section 365(g)—that rejection and breach have the same results.”

The key takeaway from this decision is that “[r]ejection of a contract – any contract – in bankruptcy operates not as a rescission but as a breach.”