Americans from all walks of life are seeing the benefits and potential of cannabis for healing and changing lives for the better. 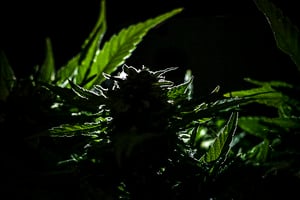 The cannabis industry was center stage on Tuesday, collecting a trove of wins making recreational marijuana legal now in 15 states and approved it for medical use virtually nationwide. The overwhelming nods in this week’s election makes marijuana more mainstream across the country and proved the cannabis industry has built a profound and powerful voice when it comes to messaging and revenue-building in states.

The multiple victories for cannabis on state ballots across the nation are the freshest evidence yet that American attitudes toward cannabis have been transformed. In an era of hyperpartisanship, cannabis reform is one of the few issues that is bringing Americans of different political affiliations and ideologies together.

After Tuesday’s results for recreational or adult-use in New Jersey, Arizona, Montana and South Dakota, and medical legalization in Mississippi, the industry remains on its way to continued growth albeit with more federal hurdles still to come.

Even with state wins on Tuesday, hopes for national legalization were deflated with the likelihood of a continued Republican Senate. The MORE Act—legislation that would federally de-schedule and decriminalize cannabis that is expected to come up in the U.S. House of Representatives during the lame duck session– is likely off the table in Senate, and legal change will more likely need to happen under the STATES Act, which would give legalization issues to states or by possibly by some other means.

Despite the obstacles the MORE Act will face in the next Congress, the number of Republicans joining the ranks of the cannabis policy reform movement may well continue to grow. The success of cannabis ballot initiatives Tuesday in traditionally “red”-leaning states such as Montana, Mississippi and South Dakota means legislators representing those states in Congress will be increasingly inclined to back measures that would bring federal policy into line with the views of their constituents. This shift will boost prospects for enactment of measured changes in US cannabis law, potentially building on the progress made in recent years.

History was made in 2019 when the SAFE Banking Act, championed by pro-reform legislators on both sides of the political aisle as well as by organizations such as former House Speaker John Boehner (R-OH)’s National Cannabis Roundtable, passed the House with bipartisan support, becoming the first standalone cannabis reform measure ever to win approval in either chamber of Congress. The legislation, which would allow legal cannabis businesses in the United States to access the traditional banking system, remains a candidate for possible inclusion in a bipartisan COVID-19 relief package during the lame duck. House Republican Leader Kevin McCarthy (R-CA) was among the nearly 100 GOP legislators who joined Democrats in voting in favor of SAFE Banking when it passed the House last year.

Federal cannabis policy could also be modernized in the coming years or months through executive action initiated by the president. Subject to the incoming administrations political will, the Controlled Substances Act (CSA) authorizes the Attorney General, working in conjunction with the Secretary of Health and Human (HHS) Services, to “remove any drug or other substance from the schedules if he finds that the drug or other substance does not meet the requirements for inclusion in any schedule.”  21 U.S.C. § 811(a)(2).  Based on other provisions of the CSA, this would not permit the recreational use of cannabis but could permit nationwide medicinal use.  See 21 U.S.C. § 811(b)-(f).  Essentially, the HHS Secretary would need to evaluate the scientific and medicinal use of cannabis and return recommendations to the Attorney General to reschedule cannabis from Schedule I to Schedule II-V, which would permit medicinal use.  Id. at § 811(b) & (c).  Alternatively, the incoming administration could follow the Obama Administration’s lead and encourage the Attorney General to issue guidance similar to the Cole Memo directing the Department of Justice to deprioritize criminal enforcement action against the possession, use and distribution of cannabis subject to specific protocols.

Americans from all walks of life are seeing the benefits and potential of cannabis for healing and changing lives for the better. This is resulting in dramatic change at the state level across the nation. It is only a matter of time before federal laws and regulations change as well to reflect the shift.