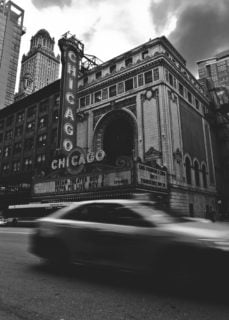 California is known as one of the most progressive, pro-employee states in the country. But if the last several months are any indication, Illinois is quickly catching up.

Here’s a quick overview of what’s happening in the prairie state:

Takeaway: Employers should review their policies, job descriptions, and third party contracts to determine which positions/roles may result in necessary expenditures.

What’s New? Effective August 21, 2018, the amended Illinois Nursing Mothers in the Workplace Act requires employers to provide “reasonable” paid breaks to mothers for nursing or expressing within one year of the child’s birth. The breaks may run concurrently with any other break time but the employer cannot reduce the employee’s pay for the time used for nursing or expressing. An employer may only refuse to provide these breaks if doing so would cause an “undue hardship” on the company. This is a much more demanding standard than before, when the employer could refuse the break if it would “unduly disrupt the employer’s operation.”

Takeaway: Employers should provide nursing mothers with reasonable paid breaks as we expect it will be very difficult to establish that doing so would cause the employer undue hardship.

What’s New? Effective January 1, 2020, recreational marijuana use will be legal in Illinois. But the legalization law is careful to note that recreational legalization doesn’t void employers’ rights to implement and enforce otherwise permissible policies regarding the use of cannabis in the workplace or while employees are on call.

Specifically, the legalization law provides that:

Takeaway: Cannabis is now a lawful product, and should not by itself be the reason an employer disciplines or terminates an employee who is off duty, not on call, outside of work hours, and off the employer’s premises. Employers should evaluate their drug-free workplace policies to make sure they expressly cover cannabis usage in the workplace or while an employee is on call. Employers should also train management and other supervisory personnel to pick up on the symptoms of cannabis use and coach such personnel to adequately document such employee use, to support any disciplinary action for such use.

What’s New? Before January 1, 2019, the Illinois Equal Pay Act (IEPA) only applied to gender-based pay disparities. The Amendment grants specific protections for African-Americans by expressly prohibiting employers from paying African-American employees who are performing “the same or substantially similar work” less than other employees. The Amendments also maintain that employers may not “discriminate” on the basis of sex by paying wages to an employee less than employees of the opposite sex who perform the “same or substantially similar work.”

The amended IEPA also adds certain employer defenses, falling in line with its federal counterpart, the Equal Pay Act. Employers can defend against pay disparities based on seniority, earnings, merit, quantity or quality of production, or any other non-discriminatory fact that:

But that’s not all! HB834 recently passed the Illinois legislature and will *likely* be signed into law by Governor Pritzker. The protections it adds include:

Takeaway: While it’s still fair game to ask candidates about salary expectations, employers should tread lightly around the topic. Importantly, there is no violation for the candidate’s voluntary and unprompted disclosure of wage information, so long as the employer does not consider or rely on the disclosure when making hiring or employment decisions.

Takeaway: Keep in mind that after January 1, 2020, the increases go into effect every July 1. If you are in Cook County, or Chicago, your employees are entitled to an even higher minimum wage than the state requires.

Impact of #MeToo on Illinois Law

What’s New? We previously reported on the impact of #MeToo in California (read more HERE) and Illinois is following suit with a number of new regulations.

The Workplace Transparency Act (WTA) will likely place greater limitations on Illinois employers in 2020. While not yet law, it is quite likely that Governor Pritzker will sign the legislation imminently. As it stands now, here are some of the major changes ahead:

In addition, two related laws are pending and on the horizon:

What’s New? As we previously reported (see HERE), lawsuits under the Illinois Biometric Information Privacy Act are moving through the court systems like wildfire. But if you thought biometric identifiers weren’t enough, there’s more.

On May 29, 2019, Illinois became the first state to regulate the use of artificial intelligence by employers. Under the Artificial Intelligence Video Review Act, employers that use AI technology to evaluate and analyze video job interviews must take the following steps before requesting the video interview:

Even with consent, the employer’s responsibilities don’t end there. The Act also prohibits employers from sharing the candidate’s video “except with persons whose expertise or technology is necessary in order to evaluate an applicant’s fitness for a position.” If the candidate requests, the employer must also delete the video within 30 days of receipt of the request, and further instruct anyone else who received copies of the video to do the same, “including all electronically generated backup copies.” Governor Pritzker is expected to sign the new law soon.

Illinois lawmakers are on a mission to increase and maintain employee protections… and they’re not slowing down. The pending legislative “maybes” outlined above become legal obligations as soon as Governor Pritzker puts pen to paper. But don’t wait – review your employment policies TODAY and begin to calibrate robust, comprehensive training for your workforce, particularly for HR professionals.

Please reach out to your Baker McKenzie lawyer for more details.