If you’re wondering about multi-state lawyers and how to become one, you’ve come to the right place. As a lawyer with seven bar cards, I often get confused, amazed, and downright dumbfounded looks when people find out I can practice in seven states. To sum up the multi-state lawyers’ experience in just a few words: Running a multijurisdictional legal career requires a ton of planning and overhead. But today, it is easier than ever before.

And why would one want to practice law in another state? There are obvious cases, such as the Kansas City lawyer who wants to practice in both Kansas and Kansas City, Missouri. If perhaps you are a lawyer near a state border, like NYC, St. Louis, Omaha, Philadelphia, etc., or you may have to relocate for family. You may also be an attorney planning to grow your law firm and serve clients from other states.

Can lawyers practice in any state?

The Sixth Circuit said yes, but your local State Bar may disagree.

Benefits of becoming a multi-state lawyer

More opportunities to grow your client base The biggest benefit of being a multistate lawyer is that you open up a larger client base. For example, for states that lack population density for your niche legal practice area, being able to take cases from the other side of the state line is big.

For some practice areas (like business formation, litigation, mass torts), where venue shopping is important, having a few bar licenses could make a huge difference for your client and your practice. Further, some of these clients may need representation in multiple states and would rather stick to one attorney.

With the law, they only offer a bar exam twice per year. Also, moving between states can throw your career off for months or even years. This is because you have to deal with licensure and character and fitness requirements.

Personally, when I met my wife, I was licensed in California and had just taken the Uniform Bar Exam (UBE) in Missouri. I had a practice in California, but did not know what my next step would be. It turns out the UBE meant I could transfer my passing score for a few years to other states. Five additional states later, I have made planning for our post-residency future a little easier by giving us options from coast to coast.

As mentioned, there is a great debate on whether you need multiple State Bar licenses if you are primarily practicing federal law. Some lawyers take the stance of “it’s primarily federal, so I’ll practice everywhere.” On the other hand, a lawyer who practiced bankruptcy law in Michigan while carrying only a Texas bar card was admitted to the federal court. Years of litigation later, the Sixth Circuit sided with him in a close decision and the issue remains cloudy outside of that circuit.

Multi-state lawyers in the age of remote work 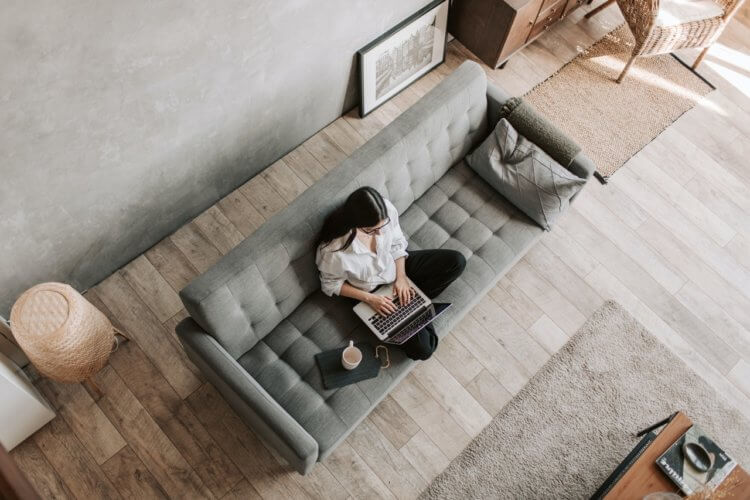 In our remote-first work environment, state bars may have been slow to catch on and adapt. Although some states have explicitly allowed telecommuting, others may not be as understanding. You don’t want to violate the rules prohibiting the unauthorized practice of law.

Always check with your state bar first and see if they have made a ruling on the multi-state lawyers issue. If they have, you should look into how to get licensed in that state.

Not quite “uniform” bar exam

It is no longer 50 states, 50 bar exams. Even the legendarily difficult New York state bar exam is now gone in favor of the Uniform Bar Exam (UBE). There are even rumors that California—the state that once had the longest, most difficult exam and zero reciprocity—may move to the UBE  soon.

The Uniform Bar Exam is at once a welcome change and a frustrating misnomer. While each state that adopted the UBE administers the same test, the rules outside that test vary greatly, including:

As I said, the process for multi-state lawyers is anything but uniform. But, I did get admitted to New York, New Jersey, Kansas, Iowa, and North Dakota for a year based on transferring my score from Missouri. It was easier than taking seven bar exams, but it was no trivial feat.

How to become a multi-state lawyer

Apply for reciprocity with other states’ bars

Even if you did not take the uniform bar, there are other ways to get admitted in a state without taking another bar exam. Most states have some form of reciprocity where they will allow lawyers admitted in a reciprocal state to gain admission on application—no exam required. The states typically have some experience requirements For example, you may need five years of actively practicing law before you can be admitted on application or motion. BarReciprocity.com is a great resource where you can click on any state on the map and find out all of the rules regarding reciprocity for that state.

If you are wondering, California still does not offer reciprocity to anyone.

There is always the option of taking another bar exam. This tends to be a less popular option for multi-state lawyers—reciprocity and the UBE are typically much more popular options. My first bar exam in another state was an excruciating marathon, while struggling with unemployment, insomnia, and fear of failure. The second bar exam was infinitely less stressful.

Although taking bar exams in multiple states to become a multi-state lawyer is challenging, it could be a good option. This is because you’ll know how hard the first exam was. The second exam likely will not be that stressful. And if you passed the exam once, you can do it again.

The process of gaining admission to the bar will not vary based on whether or not you like to step into a courtroom. Similarly, the advantages are similar for transactional lawyers and litigators if they stack up a couple of bar cards.

For transactional lawyers, other than the cost of admission, bar dues, and CLEs, there is very little downside to being a multi-state lawyer. You can probably also expand your practice to cover multiple states overnight. Although some substantive laws will vary from state to state, much of the work you have put into your transactional legal templates will carry over across the state border.

For litigators, once you step over the state border, you will have to learn local court procedures. This means you won’t get your bar card and successfully flooding the docket with motions and trials right away. As mentioned, there is a great debate about whether you need additional state licenses for practicing federal law out-of-state. Theoretically, if you are admitted to the federal court and the law is entirely federal, you should not need a local State Bar license. But that doesn’t mean you won’t get into trouble with the State Bar from the unauthorized practice of law. However, it is important to note that if the lawyers are practicing in a state but don’t have to answer to that state’s disciplinary jurisdiction, there is a significant interest that is not being met there.

My journey with banks as a multi-state lawyer

I went through more than half a dozen banks and met with issues like:

At least, there are a few online CLE providers that profess to handle nearly every state. You still have to balance reporting deadlines, reporting procedures, and CLE compliance fees in multiple states. I find the tracker on Lawline.com very helpful, along with their multistate curriculum and a flat fee for unlimited classes.

You could benefit from getting licensed in multiple states

Admittedly, it is so much easier to just practice in one state. However, there are many benefits to becoming a multi-state lawyer, including increased flexibility and opportunities to grow your legal practice.

Today, with reciprocity and uniform bar admission, becoming a multi-state lawyer is a lot less challenging than before. If your circumstances require it or if you find it advantageous for your law firm to practice law in another state, adding a second or third bar license is certainly achievable despite the paperwork involved. Just make sure you’re prepared for some administrative work on trust accounts and CLEs.